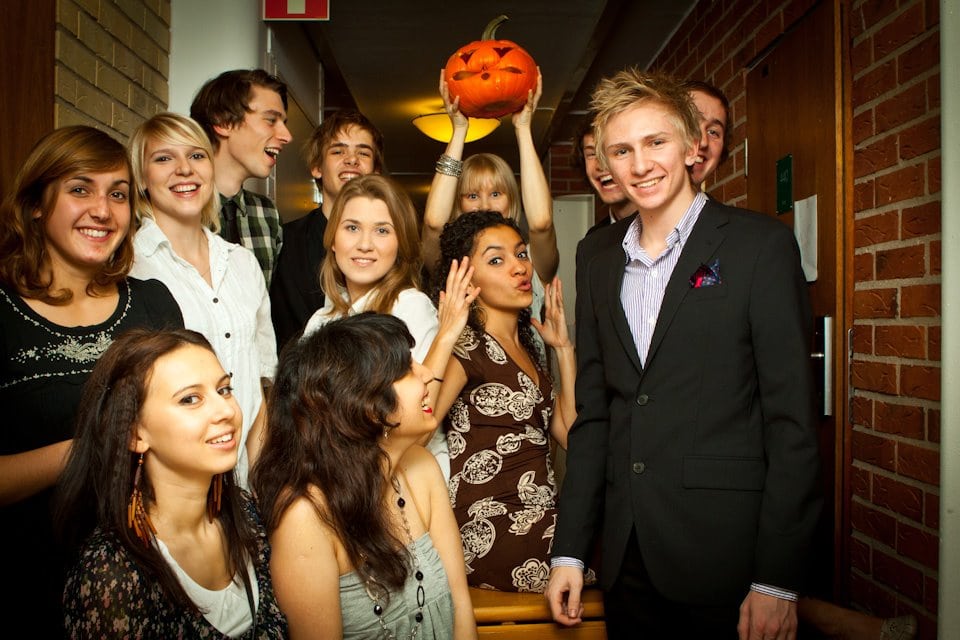 The teaching over there was amazing! The lectures were like classrooms with about 25 of us. The professors let us do the presentations in each class and everyone was involved.

Did you learn any Swedish?

I didn’t learn one bit of Swedish. Everyone speaks perfect English. Plus, it’s a really hard language to learn, especially the pronunciation and they have sounds that we don’t have in English so they wouldn’t be able to understand me even if I tried.  They don’t really expect people to learn Swedish because their population is only 10 million.

The nightlife was completely crazy! It’s hard to explain how it works, but when you arrive you become a member of a nation. These nations are open during the day when you can have lunch and meet with friends, and some are open on certain nights. I was a member of Varmlands Nation. The other big nation was Stockholms Nation. Altogether I think there were 26 nations, but the main ones were Varmlands, Stockholm, Snerikes and V-Dala. Snerikes night was Tuesday, Stockholm on Thursday, and Varmlands on Friday. They were basically the only student clubs in Uppsala. But they weren’t really clubs, they were more like arenas! They were huge! And because Swedes love their house music and DJs, the DJ would always be sick!

What were the main differences in culture between UK and Sweden?

The most obvious difference in culture was the way people behaved over there. Everyone seems to respect everyone else and they all get along together. Sweden isn’t very multicultural so it’s mostly white people that converse together, whereas in England, there are lots of different cultures and we are quite segregated. Here, different cultures live in different segmented areas, whereas over there everyone combines together. Also, we have a massive drinking culture in England. All the time you see people steaming drunk, falling over and getting into fights, but in Sweden you don’t see any of that. People have a few drinks before a night out, but only get slightly tipsy. You will never see anyone staggering home!