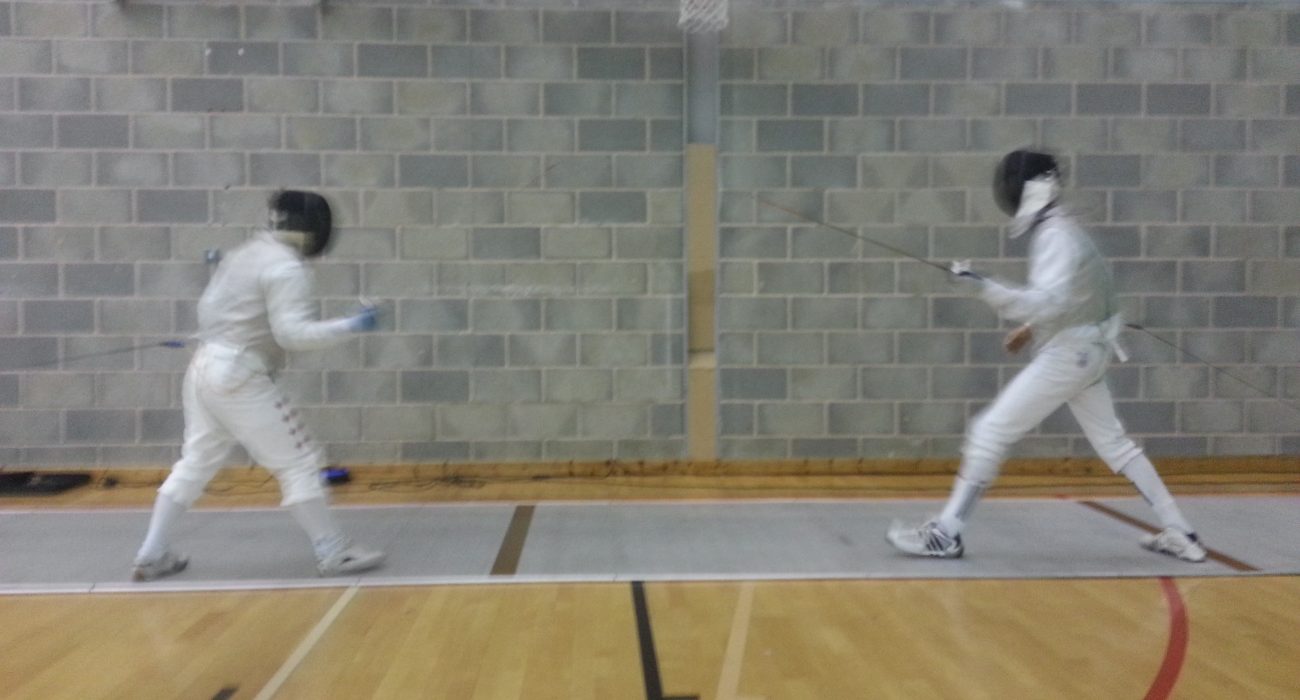 Edinburgh University’s fencing team arrived at the Sudgen Centre last Wednesday brimming with confidence following their unbeaten start to the season. However, University of Manchester put in an excellent performance to end Edinburgh’s run and secure top spot of the BUCS Premier North division.

Manchester’s platform for victory was built with a strong opening showing in the foil-class fight that came first. Kareem dominated his opponent in the first bout, surging into an early 5-2 lead. However, Edinburgh’s Ed Riva looked dangerous throughout the round, and his opening match with Indy was a decidedly more even affair, with Riva looking like he might kick-start a comeback for the Scots by taking seven points with some sharp and fast fencing.

For Manchester, it was Mihai who was most effective. The Romanian oozed class and composure throughout; in his first fight, he took five points of Edinburgh’s CJ with no reply.

Naturally, it was his fight with Riva that promised to be the most interesting of the round. It was Mihai, though, who came out on top in a contest that was as much a clash of styles as a clash of swords.  The Romanian, in the words of Captain Mike Salter, made the most of his Eastern European “calculated pizzazz” to counter the “fast and messy” Italian style favoured by Riva. It worked; in a display of calm and effective swordsmanship, Mihai confidently dealt with Riva’s aggressive flurries and defeated the Italian without reply. Manchester won the foil round 45-20.

The second round, in which the sabre was used, was far more even. Here, Edinburgh could call on their secret weapon: Judge Julian Gosh, a fencing veteran studying his PhD at Edinburgh, and one of only three men in the last five hundred years to have taken the silk in both England and Scotland. The combination of Riva’s flamboyant style and Gosh’s composed experience reaped rewards for Edinburgh as they matched Manchester play for play: by the start of the final fight of the round, the scores were separated by a mere point at 40-39. Captain Mike Salter then put in a great performance in the final fight, seeing off the challenge from Adam and ensuring a tense 45-44 victory.

The final round, the Epee round, started with Manchester in touching distance of victory. Some composed performances from Indy and Pollock saw off the challenge from a more confident Edinburgh, who were buoyed by the resurgent form of CJ who looked far more comfortable using the Epee sword. Manchester kept attacking, though, and ran out winners 45-41.

The final score was 135 – 106 to Manchester, and this was enough to see them leapfrog Edinburgh in the table and secure top spot. “It was a great victory or the team, one that we really needed to give us a boost”, Mike Salter said after the match. “We’re top, but there’s much more to go”.