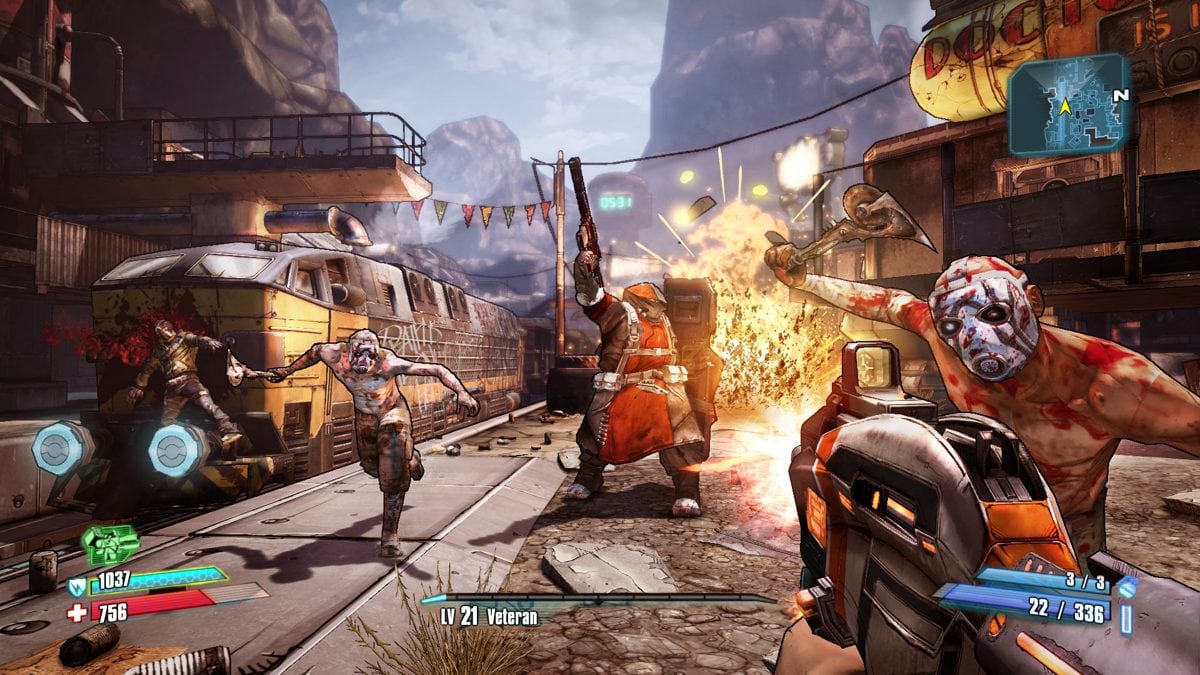 Borderlands 2 wins Game of The Year

Borderlands 2 and Halo 4 have picked up awards in multiple categories in the Mancunion’s Game of The Year awards. Nominated by games section contributors and voted on by the University of Manchester Gaming Society, the awards covered the year’s top games in the categories of; Best Multiplayer, Best RPG, Best FPS, Best PC Game, Best Handheld Game and Game of the Year.

Here are our winners:

A fantastic blend of RPG and FPS, a long list of quests to complete and an excellent co-op structure makes Borderlands 2 our Game of the Year. Glorious visuals, a brilliant sense of humour and memorable characters made it a straightforward choice.

Handsome Jack, the antagonist is a lovable ass. He so fervently believes that he is the true hero that he almost convinced me he was, before graphically describing killing an innocent man with a spoon as his children watched. Jack stands out as the funniest element of what is already a comical game. Undoubtedly one of gaming’s best baddies, Handsome Jack is up there with Portal’s GlaDos. The games fantastic storytelling is why it picked Best RPG as well.

Borderlands 2 doesn’t go for replayability, more “Why stop playing?” Sure, you may have finished the main story. Maybe you even finished the many side-quests. But did you beat True Vault Hunter mode? Did you complete the hundreds of challenges? Did you even try another character class? A steady stream of DLC keeps content fresh for the perfectionists. Borderlands 2 is a game that we’ll be playing well into 2013.

Halo 4 wins Best FPS due to its reproduction of a classic gaming formula. It mixes an engaging plot, solid gameplay and impressive visuals with innovative elements in order to create an exciting game to play. The fact it comes from a long running and well-loved series, with an expansive universe and mythology to draw from doesn’t exactly hurt it either. The gameplay mechanics are as sound as any modern shooter, and the lack of cliché elements like the dreaded chest high walls is a refreshing change. The game also offers players choice in how they complete missions, with less of the on-rails linearity seen in some other games. Where Halo 4 comes into its own is in the atmosphere and storytelling that feeds through into the overall experience.

Halo 4 also wins on the multiplayer front, combining interesting new maps with the classic weapons and mechanics seen in previous iterations that made the series one of the biggest online games in history. 343 have taken this illustrious past, and added new elements such as kill based item drops, that help improve the experience, without detracting from the classic Halo gameplay.

Black Mesa was announced in 2004 as a complete remake of the classic Half-Life using the then recent Source engine. Released after 8 years of delays and hyped media, the infamous mod had a lot to live up to. The excitement for its release was satiated, as the game still provided balanced levels, excitement, and challenges that presented Valve’s novel way of storytelling. Black Mesa wins Best PC Game not just because of its predecessor’s brilliance, but due to the way it rubbed away the years of progress that tarnished Half-Life revealing the fun and the immersion that came with the original.