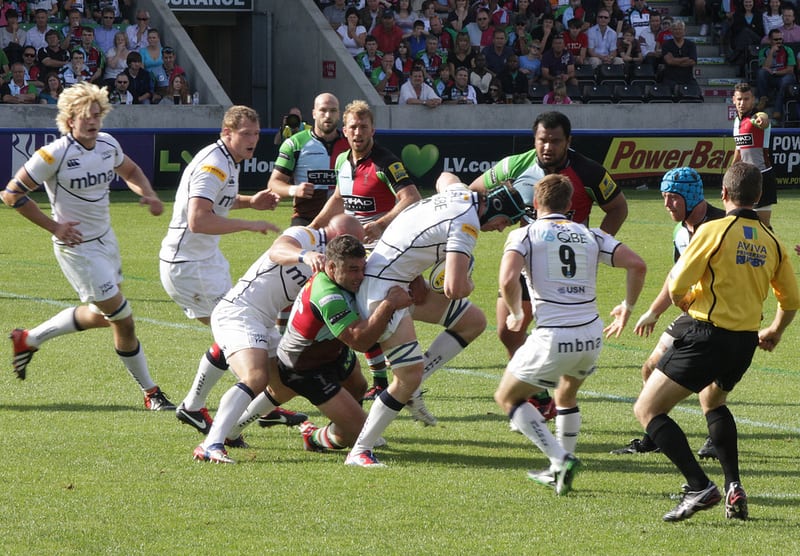 My heart is pounding, the adrenaline is rushing, the desperate need to prove myself- yes, I’m making my debut…for the university newspaper. And as a regular armchair pundit, I’m used to reading about the oxymorons of sport: leaderless Chiefs, humbled Giants, taking a win from a loss. But this season, I’ve had to endure one of my own; the toothless Sharks.

Manchester, with its two major football clubs, has little time for its second cousin rugby. But Sale Sharks boast a proud rugby heritage, having won the premiership as recently as 2006, and after the relegation in successive years of Leeds Carnegie and the Newcastle Falcons they remain the only northern rugby union club left in the Aviva Premiership. As a big rugby fan I was excited to be coming to a city with such a great team, which has me begging the question, “where have they gone?”

Sale are rooted to the bottom of the Premiership with one win from nine so far this season. I was lucky enough to be at the Salford City Stadium for their home victory over London Irish, which had fans suddenly optimistic again, but their fortunes have not improved despite surprise wins over Saracens in the LV=Cup and the Cardiff Blues in the Heineken Cup. For a team that finished in the top six last season, and recruited heavily in players and coaches during the summer, this form has had pundits baffled and fans tearing their hair out. Even worse, men have paid for it with their jobs, with Forward’s Coach Steve Scott fired after the first four losses, and Bryan Redpath, controversially recruited from Gloucester last season, demoted not long after from his position as Director of Rugby. During one game I was at earlier this season, a despairing fan turned to me asking, “What on Earth do we need to do to turn this around?”

Well, being overly qualified to answer this question, boasting my level one refereeing qualification and five years of school rugby, my suggestion of “give a new regime time to gel” earned a look that might have indicated I’d suggested they form an ice-skating team and dance the Bolero. But I do believe that Sale’s hasty reactions to early losses have robbed them of the chance to build some continuity and have faith they are moving in the right direction. Even the happy recent announcement, that they will be recruiting former Golden Lions coach John Mitchell, has me wondering why they are reacting as though “it’s all hands to pumps, we’re sinking!”

With some genuinely talented players; including Scottish giant Richie Gray, gifted Flyhalf Danny Cipriani and Samoan International Johnny Leota to name but a few, my advice to you, despairing fan, is let the Sharks just keep swimming. This knee-jerk reaction to the fear of relegation will not get the best out of the players. But when they do find their bite again, just you watch out, because this does look like a group of players who can take chunks out of the Tigers and Harlequins of the Premiership.

When the Sharks find their ruthless edge, I recommend you get down to the Salford City Stadium. With cheap student price seats available and some of the most enthusiastic supporters I’ve ever known, it’s a real sporting experience. So if you fancy a break from your revision this January, Sharks are hosting Montpellier and Scarlets, both of which are class acts full of international players. By then the Sharks should be roaring loud again, or whatever it is sharks do…