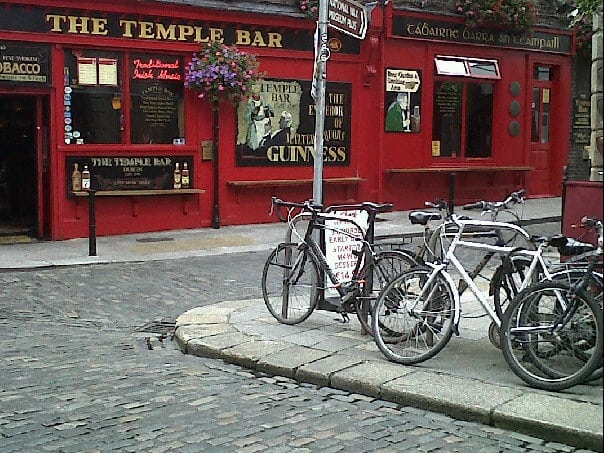 It’s the classic, must-be-visited student destination. Even better if your reason for being there is to celebrate the end of the longest two weeks of the year – January exams. During the day you can cycle along its city canals, take part in the free Friday Night Skate tour or visit one of the many museums offering an insight into the city’s sexual history.

During the evening, you will find that Amsterdam’s night life does not disappoint. Every type of clubber is catered for. Some personal favourites include Club House, which is decorated like a house and even fitted with a living room and bedroom, and Dansen Bij Jansen which I can’t pronounce, but which I know is full of very attractive students. If the eye candy is attracting you to the latter option, take your student card as it is one of the most popular student clubs in town and you will probably need it to gain entry.

Stay at the Aivengo Youth Hostel for just €18 per night and fly from Manchester for £61 return.

Germany’s capital is drenched in history and culture. Berlin offers many activities to pass the day before heading out at night. The Berlin Zoo is the most diverse in the world and the remains of The Berlin Wall let you see a part of the city’s conflict ridden past.

But what is a post exam holiday without some embarrassing drunken stories? Pub crawling is big in this city, with students from all around the world migrating there for the cheap beer. The average drink price in most bars is about €2, so if you don’t want to make too much of a dent in your student loan, then Berlin is definitely the place to go.

Stay at the Amstel Hostel for €10 a night and fly from Manchester for £75 return.

The Central European capital’s medieval skyline manages to encompass a vibrant and modern city, causing it to attract students from all over the continent. The daytime can be spent admiring the eccentric architecture of the town – notably The Astronomical Clock, which was installed in 1410 and is the oldest of its kind still in working condition. This can be done on a Segway tour if you’re feeling slightly sleep deprived or hungover and don’t fancy walking.

Like the rest of Eastern Europe, bar crawling is again the way to go. The Prague Underground Bar Crawl must be done. Starting with power hour (including unlimited wine, vodka and even beer pong) you are ushered on to Prague’s other bars and clubs with VIP entry and a free t-shirt to remember your weekend by.

The AO Prague Metro Strivkov hostel starts at €8 a night and flights from Manchester are £102 return.

If you feel like staying a little closer to home and simply popping over to see our Irish neighbours, then Dublin is the weekend getaway for you. Without wanting to stereotype, it is no secret that the Irish like a drink or two, and that their Guinness is the best you will ever taste. Speaking of which, why not visit the Guinness Storehouse? Student tickets are around €13.00 if you book online, which gives you a 10% discount.

A day of drinking can be justified with the Dublin Literary Bar Crawl. Combining culture with alcohol, surely a student traveller’s dream? With three universities in this city, there is no holding back – Copper Face Jacks club could easily inherit the BOP’s title of the easiest place to pull. Generally speaking, there are an endless supply of dirt cheap clubs not to be missed out on.

The Bunkhouse Hotel costs approx. €22 a night and flights come in at just £39 return.