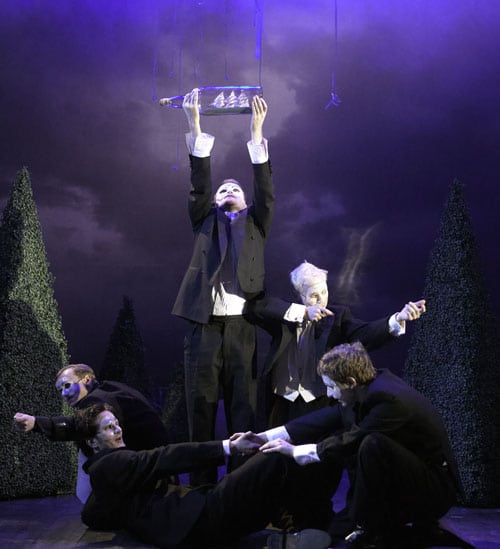 What I’m looking forward to this year in Theatre

Getting 2013 off to a serious start is Peter Whelan’s The Accrington Pals at The Royal Exchange, a “powerful and poignant drama” about the smallest battalion sent into WWI and local Lancashire heroes. This play kicks off a fantastic year at The Exchange, with something new and stimulating practically every month. I’m particularly eager to see Max Webster’s adaptation of the ultimate classic To Kill A Mockingbird in March, and Blanche McIntyre’s adaptation of that underrated Pinter classic The Birthday Party.

July also sees Swan Lake, Gisele and Don Quixote grace the Palace Theatre stage.  For me these eclipse both The Lion King and Wicked combined, which will both be running from January and September respectively, but no doubt people will maul each other for tickets anyway. I implore people to remember the ballet.

Running from February right through to early March is Bertolt Brecht’s Mother Courage and her Children, for the more high-brow theatregoer amongst us. It’s supposed to be “one of the most powerful stage creations of the twentieth century” and I certainly don’t intend to miss it.

If you like The IT Crowd and Father Ted and the entire first series of Black Books, then you probably like Graham Linehan who wrote them all. He’s recently revived The Ladykillers and thankfully the West End isn’t getting all the fun because it will be showing at the Lowry in March. Make sure you book early because it’s on for only four days and it’s going to be ridiculously popular.
And finally, my last pick for 2013 is Edward Hall’s adaptation of Twelfth Night, showing at the very well-stocked Lowry Theatre for only five days in April. You know what to do.

Tags: Helen McCarthy, The Mancunion, Theatre, This year in theatre