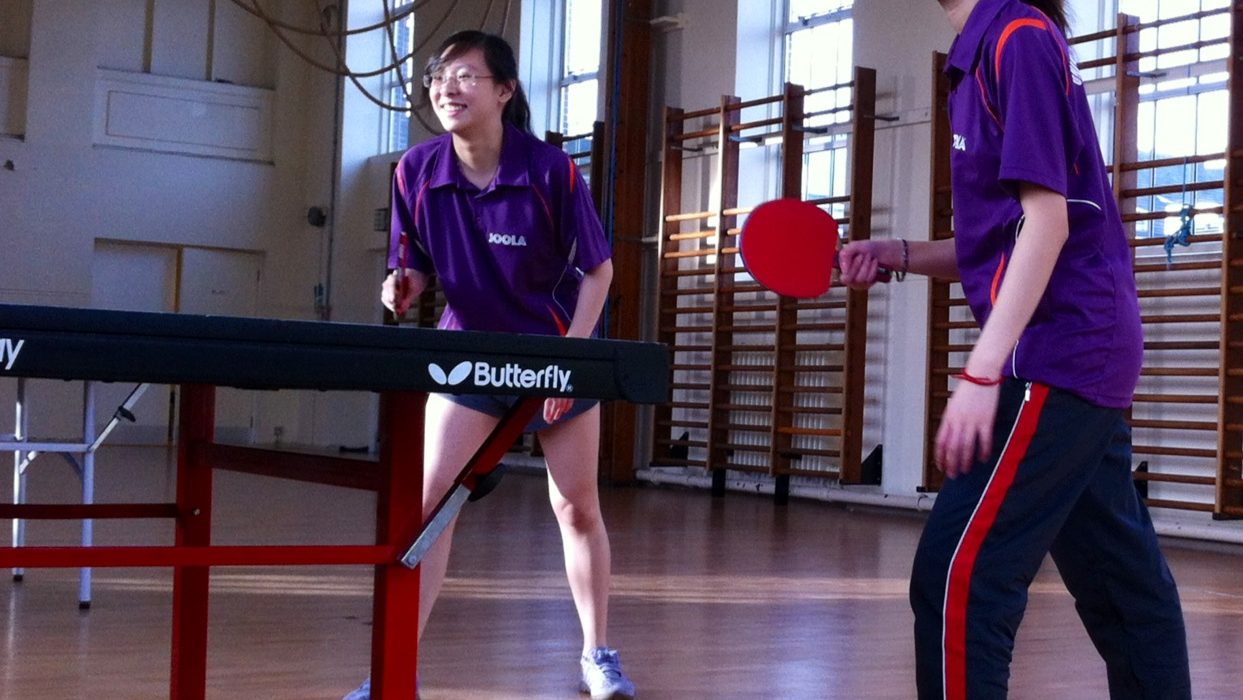 At the beginning of the 2012/13 academic year, ex-chairwomen and star player Li Hang announced her retirement from the table tennis team to dedicate more time toward completing her PhD. The team that won last year’s championship in Sheffield would miss her. Or maybe not.

On Saturday 24th November, the table tennis women’s 1st team travelled to Leeds Cromer Terrace to play the round robin BUCS Northern 1A league, where in one day, all league matches would be played. In women’s table tennis at BUCS, matches are played between two players with a total of four singles matches and one doubles being played; essentially, games are best of five.
Manchester’s women had a straightforward start to the day, beating Liverpool 1sts 4-0. Helen Rutherford and Bai Xue had no problems winning a fixture that in previous years would have been more closely fought.

Next came the home team Leeds. It all seemed easy when Manchester took a comfortable 2-0 lead in the opening matches. Rutherford, though, saw her 2-0 set lead against Leeds’ Hayley Potts taken to a fifth set, where she would narrowly take the victory. Final score; Manchester 4 Leeds 0.

The next match was against defending champions Sheffield. Despite having lost a key player in Dominika Kolarova, they were certainly the team to beat. Rutherford opened the match as underdog against Sheffield’s Rebecca George. Going 2-0 down, it appeared George was going to seal the first point for Sheffield, but a remarkable comeback saw Rutherford take the game 3-2. Manchester would go on to win the match 3-0.

The toughest fixtures had been played and Manchester would end the season unbeaten, winning the fixtures against the Durham 1st and 2nd team without any problems and a league match against Newcastle 3-2 at the Sugden Sports Centre. The fantastic form of the women’s 1st team meant that they finished the league with a 100% record, dropping only two individual games along the way.
Alongside the success of the 1st team, for the first year ever a women’s 2nd team was entered in the BUCS leagues. On Sunday 18 November, Cindy Pun and Daphne Lie played for Manchester in the Northern 2A League at the Headingley campus of Leeds Metropolitan University.

Manchester entered with high expectations and did not disappoint in their opening match against hosts Leeds Met. Unable to make use of key player Charlotte Spencer, who was playing British League table tennis, the hosts were forced to get two tennis players to play for their table tennis team.
Manchester’s Pun said that, on seeing one of the tennis players perform a two-handed backhand shot that she ‘thought she must be joking.’ The final result was, unsuprisingly, Manchester 5 Leeds Met Carnegie 0.

In the next match, Manchester comfortably beat Sheffield 5-0. The final game would be against UCLAN 1st, who were also making a table tennis debut in BUCS. With both sides having comfortably won their first two matches and shown good table tennis, this promised to be an exciting finale.
Both Lie and Pun won their opening games against UCLAN’s Adele and Sarah respectively, to put Manchester 2-0 up in the match; things were looking good.

In the third and fourth, both Manchester players had contrasting games. While Pun took the first set and third set before facing the fifth, Lie had a troubled start against UCLAN’s Adele losing the first two sets 11-2.
Nonetheless, Lie’s cool and Adele’s nerves helped the Manchester side battle back 12-10 and 15-13 to take each game to a fifth set. Both fifth sets reached a 6-6 score in a nail-biting finale. Despite Pun falling to the pressure of the occasion, Lie rallied with 5 straight points to take the game 11-6.

Manchester would also win the doubles; making the final score a 4 – 1 victory. Manchester women’s 2nd had won in their debut season; a stunning achievement to cap off a fantastic year for the club. With the league titles secured, the teams will now look towards the cup competitions for their next challenge.

To join the University of Manchester’s table tennis teams, look on Facebook for information on upcoming fixtures and events.