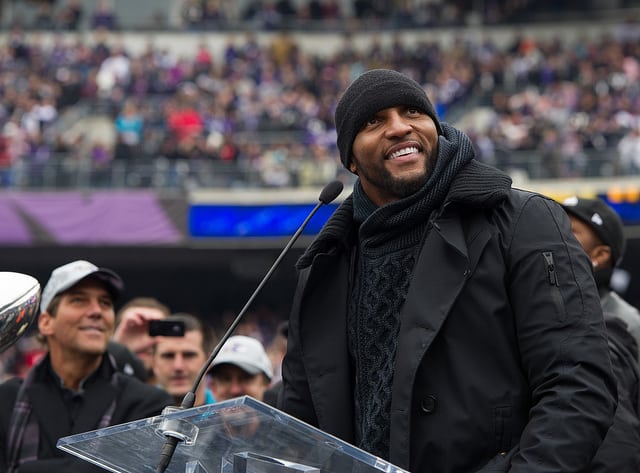 It’s a cold February night, and there’s a glistening sheen over the pavements. If they’re having this weather in the States, I mused, it’ll be a credit to each of the seventy one thousand fans who travelled to New Orleans to watch the Super Bowl Final XLVII between the Baltimore Ravens and the San Francisco 49ers (in case you’re wondering about the numerals, as I was, that means it’s the 47th final of the tournaments history…apparently).
But I’d been told that the University’s American Football team had summoned all lovers of the sport to congregate in “256” in Fallowfield to watch the game live. So at 11PM on a sunday evening I was to be found sitting amongst players and fans alike, feeling rather bewildered by the whole event, this being my very first venture into the sport. I was assured, though, by my friend and fellow physicist Luke Hart, who had just come from the University varsity match himself, that it would be simple to follow, and shouldn’t end much later than about four in the morning. Lucky for me I don’t have Monday morning lectures!
But this was to be more than a conglomeration of devotees to a sport most Britons wouldn’t pay a blind bit of notice to; this was a gathering with a purpose. The University’s AF team isn’t funded as well as other teams such as rugby or football which also enjoy fierce varsity rivalries, and so the team may well find themselves in the predicament that though they qualify through their victories for play-off spots and even the national conference, they simply aren’t able to afford to pay their way to the matches. So in an effort to raise a bit of money to go with their recent victories they have organised and sold tickets to this celebration of arguably the pinnacle of the sport. A pay-to-play poker tournament has also featured, and captain Chris Payne is hopeful of the teams ability to make it all the way to the top.
“We were really happy with the win over Man Met today but felt it could have been much more comprehensive. They fed off our mistakes a little bit, but in the end to win by more than two scores is good innings. I was really proud of the whole team, ‘cos this was massively a team victory, with special mention to my other captains Leroy, Matt and James.”
Leroy Owusu-Addea, the line captain, has been accepted to the GB squad for American Football, and with his impressive frame and beaming grin, his purple striped hair was hardly needed to help me find him in the throng of two hundred partying fans.
“It was for a bet!”, he laughs, “But I’m really proud to be representing the University, and it was such a good match. To sell out the stadium with fans supporting us is really great and we’re really enjoying the season.”
But as for the sport itself? I found the final to be a very exciting experience, with plenty of impressive feats and displays of skill that any sportsman could appreciate. And our University team, with talent, skill and dedication in spades, are looking like they’ll be going places, with matches coming up against Burnage and hopefully a play-off against Bangor.
Tickets are just three pounds each so get down and support our team in this bizarre but brilliant sport! Oh, the final? The 49ers dramatic comeback might have been completed but for a missed catch for a touchdown right at the death, better luck next year boys! Ravens 34 – 31 49ers.