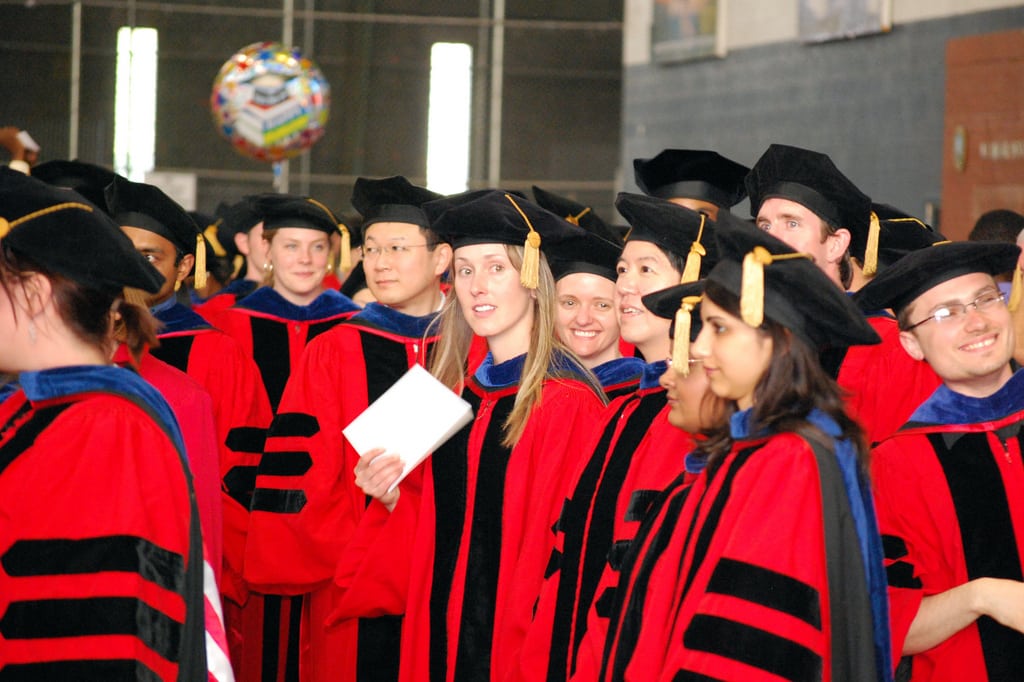 Why I don’t want a PhD

Forbes magazine has voted being a University Professor as the least stressful job of 2013. After reading this last week, I was surprised to then read a Guardian article telling me that a third of academics are on temporary contracts – often paid by the hour. The majority of these are young academics, primarily under forty. After reading these somewhat conflicting messages, I decided to look into what were the real benefits of pursuing a PhD or a career in academia.

A quick Google of ‘is a PhD worth it’ did not look promising. The top three results gave me ‘12 reasons not to get a PhD’, ‘Is getting a PhD the stupidest decision of all time?’ and ‘Do not get a PhD!’. Yet, in most countries today getting a PhD is a requirement for a research career; a career in academia. A recent Economist study has shown that while this is certainly true, especially in the West, the number of academic openings correspond to only a fifth of all the PhD opportunities available globally each year. In other words, for every hundred people gaining a PhD each year, there will only be twenty jobs in academia available. The only areas where this is not true are booming economies such as China and Brazil, where there is a shortage of PhD students.

There does not seem to be any huge financial benefit for those with PhDs who do gain jobs. A study in the Journal of Higher Education Policy and Management by Bernard Casey showed that the lifetime earnings premium for a Brit with a PhD over someone who never went to university is 26%. Those with a Master’s degree had a premium of 23%. Of course, these are simply averages. A further look into the study showed me that only PhDs in medicine, other sciences, and business and financial studies commanded significantly higher earnings than those with just a Master’s. PhDs in maths, computing, social sciences and languages earn no more than those with master’s degrees. Even more surprisingly, PhDs in engineering, technology, architecture and education commanded a lower premium than those with Master’s degrees.

Of course, many students begin a PhD out of love for their subject, not a small percentage change in their lifetime earnings. While this is undoubtedly true, the reality of being a PhD student is far from any such romanticised vision. Speaking to a PhD student at the University of Manchester, I was told that the her average week consisted of ‘seven day weeks, ten hour days, low pay, and uncertain prospects’. And a recent study of British PhD graduates showed that many did not have passion for their subject as a primary motive for beginning their PhD. About a third admitted that they were doing their doctorate partly to go on being a student, or put off job hunting. Nearly half of engineering students admitted to this.

Being a PhD student does not seem to be a very appealing or sustainable way of life. Many PhD students are not funded, especially in the humanities and social sciences. As a result, many students are forced to take on many hours of undergraduate supervision work or jobs marking exam papers. These in themselves are not particularly well paid, and take away valuable time from their doctoral research. Sadly, universities are exploiting this source of cheap, highly motivated and disposable labour. Hence, the students who see their PhD through to the end are remarkably few. In the UK, only 50% of humanities students will have their PhD ten years after starting it. Poor supervision, bad job prospects or lack of money were named as the top reasons for students not completing their PhD.

As the Guardian outlines, the future for those who do complete their PhD is neither secure nor stable. Average starting salaries are comparatively low, and finding a permanent contract is extremely difficult. One OECD study shows that five years after receiving their degrees, more than 60% of PhDs in Slovakia and more than 45% in Belgium, Spain, Germany and the Czech Republic, were still on temporary contracts. About one-third of Austria’s PhD graduates take jobs unrelated to their degrees. In the Netherlands, 21% of all PhD graduates end up in lowly occupations. In Germany the proportion is 13%. Across the pond in Canada the average starting salary for a PhD graduate is $38000, the same as an average salary of a construction worker.

Having a PhD today can mean bad employment prospects and no financial benefit over a Master’s degree.  Studying for a PhD seems to be an unappealing (and often unsustainable) lifestyle. Highest educational award this country can offer? Not for me, thanks.