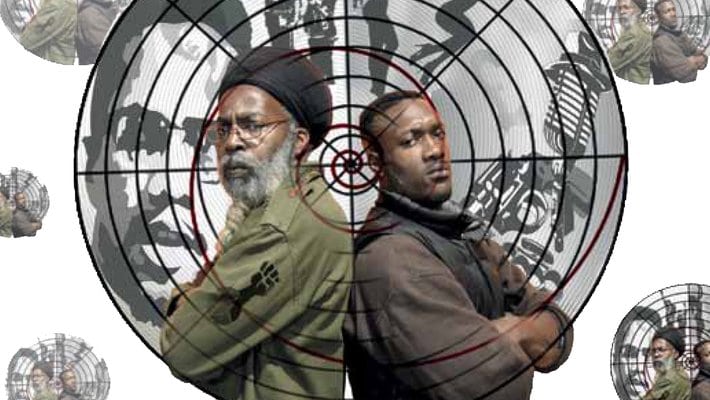 Deci4life and Moqapi Selassie in 'The Spiral'. photo: Contact Theatre

An original piece of theatre about the inner city clash of generations as dub poet Leroy ‘Steppin Razor mentors grime artist Glitzy. This is a play that speaks for itself.

A drama which follows the story of Walter Tull, a real life First World War hero and the first black player in the First Division of the Football League. Focusing on his relationship with suffragette Annie Williams and the societal problems that they faced Tull is ‘inspirational, dramatic and moving – proving that through perseverance and a sense of community, divisions can be overcome’.

Timbrell’s piece charts the progress of the Maenad, a figure from Greek mythology, as she escapes the world of male cruelty. The piece explores the nature of gender and global suffering.