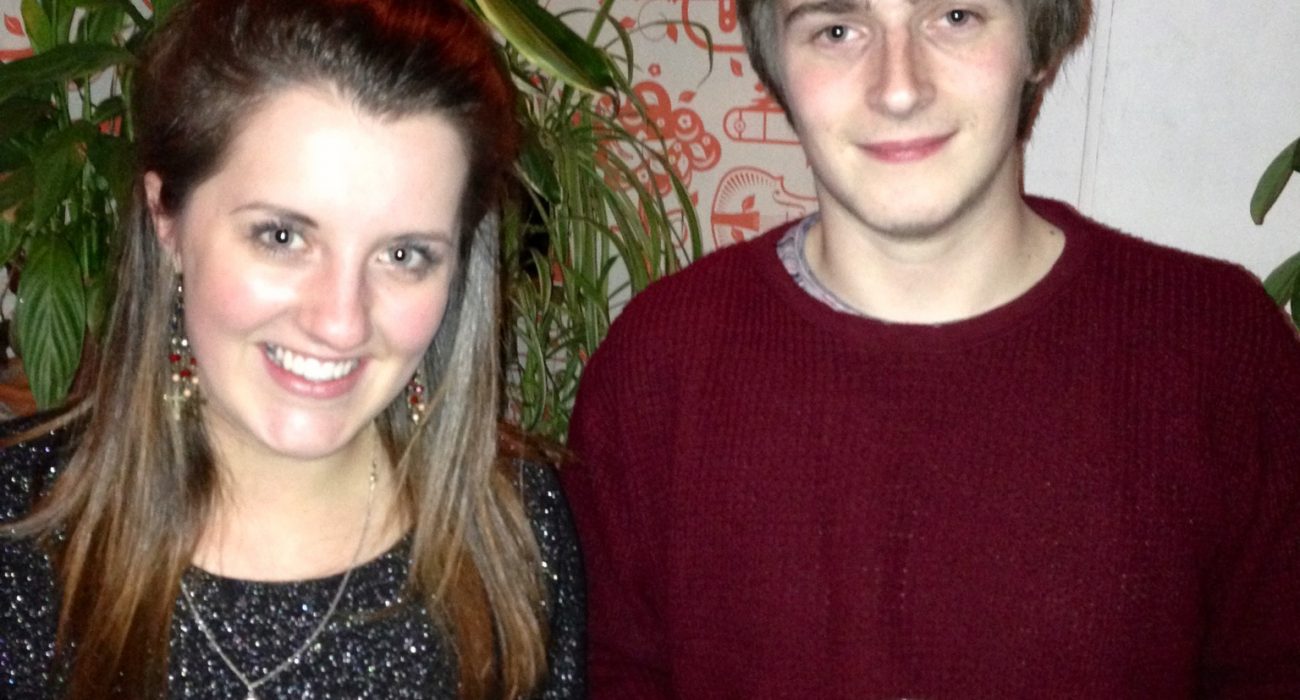 How did your date go? It went pretty well. It wasn’t necessarily a blind date.

Why was that? She didn’t have a guide dog; she wasn’t using a special stick. Plus I knew her.

Did you see her in a new light when you met her in a dating context? You see the whole week we’d actually been talking about her as we thought she was one of these ‘Social Junkies’ but it turns out she’s just a regular old bar maiden.

But were your impressions of her changed in a dating context? The way I see things is I remembered her more than she remembered me.

What did she order? She had a feta-cheese salad.

What do you think her feta-cheese salad says about her personality? Well, you know, maybe she was afraid to look like a pig by getting a big steak.

Would you have looked twice at her on a night out? I’d know her so I’d be like, hi!

No awkward moments? No, the conversation flew along pretty fast.

Did you learn anything interesting on your date? We just really spoke about the front page of The Mancunion.

What was her best feature?

Err, this is a question! She was pretty nice, the conversation had no awkward silences and I think that takes a talent. She was a really good conversationalist.

If your date was a country, what country would she be?

This is a tough one, and there are a lot of countries in the world and I wouldn’t want to offend any of them (joking). (After a long pause) I just don’t know what to think.

Why do you think she was single I don’t know, maybe like her namesake in the film ‘The Room’ she just wants to live, live, live!

Snog, marry, avoid? Avoid seems a bit harsh. If you marry someone wouldn’t you have to go the whole way anyway?

Was this better or worst than your first blind date (Sam did blind date last year as well)? It was better in every single way. Firstly, the last one was a bit suspect because she would send texts asking me to give her a high score, then bam; she hits me with the 5. Lisa was more trustworthy and definitely a better experience overall.

Finally would you go on another blind date? I’d say the food is wonderful and I’d like to give a special shout-out to the guy behind the bar who served us drinks.

So how did your date go? Yeah it was good, it turns out we already knew each other a bit so we had a lot to talk about.

But you didn’t know each other very well? We knew mutual friends.

What did he order? He had a steak sandwich?

What do you think a stake sandwich says about her personality? Um, errrr. He likes steak? That’s not really a personality trait. Yeah, it can be part of your personality whether you like steak or not. Some people choose to not like steak!

It could be that he’s macho? I just think he likes steak, stop asking me that.

Do you think your goats-cheese salad says anything about your personality? That I like goat’s cheese…

Any awkward moments? No there weren’t, none at all.

What did you talk about? We talked about debating and night club promoting.

Snog, marry avoid? Please don’t ask me this question? (After some probing) Marry?

If he was a country what would he be? I guess he would be most like Jamaica as he was laid back.

Would it be easy for him to find a date if he wanted one? Yeah I think it would be easy as he’s a nice guy.

What do you think about the way he dressed? He looked smart. He was dressed well. I wouldn’t have changed anything about his outfit.

Would he have looked better with a beard? Probably.

Would he make an attractive older man? Yeah he would, I can see him as a silver fox when he’s older.

How did you say goodbye? We had a very nice hug. He was a really good hugger.

Let’s Get Away: Edinburgh