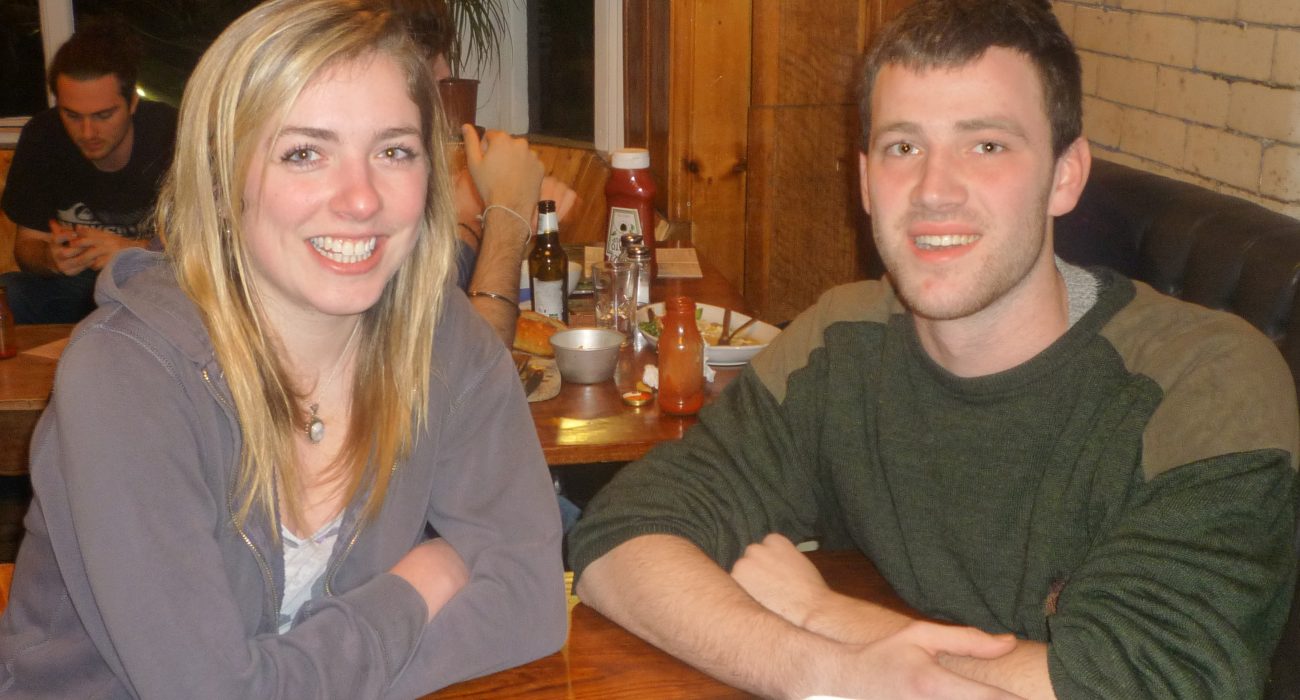 What were your initial thoughts when arriving? Really tall and really friendly, my first impression was that I thought he looked like a nice guy.

Did the date get off to a good start? Yes he was really easy to get on with, so we just started chatting straight away.

What did you like best about George? He was very easy going; I learnt lots of interesting things about him that I didn’t expect – like having two snakes!

What were the topics of conversation? A range of things, lots of past experiences, mutual friends, things we liked doing, just constant chat.

Did he make you laugh? Yes, he was really funny guy, and he had a really nice laugh.

Any awkward moments? No, none at all, so we carried on the evening and ended up buying more drinks afterwards because we were having such an enjoyable time.

What was the weirdest thing he told you? It turns out that he’s a bit of a geek, which I wasn’t expecting but thought it was funny.

What happened after you finished your meal? We were having a really nice time so decided to get more drinks and ended up staying for quite a long time, chatting away, the conversation was flowing.

Snog, marry, or avoid? I guess out of the three, I’d snog… What did he say? (laughs)

How did you say goodbye? We walked back together, and I was really cold so he gave me his jumper which was really sweet! Then I gave him his jumper back and we parted ways…

Kiss? Hugged and kiss on the cheek.

Any potential future plans? It would be nice to see him again some time.

What were your initial thoughts when arriving? That she looks nice (laughs) I didn’t really know what to expect, but she looked really nice.

Did the date get off to a good start? Yes, we had mutual interests so it wasn’t difficult to talk about stuff. The only difficulty was that they didn’t have any roasts left!

What did you like best about Lucy? She was interested in just about everything we talked about, she wasn’t just talking for the sake of it, and she was a really genuine person.

What were the topics of conversation? There were quite a lot! How much of a nerd I am (laughs) people we both knew, what we thought about Manchester and places we’ve both been.

Did she make you laugh? Yes, we lol’d… We laughed quite a lot.

Any awkward moments? No, there weren’t even really many silences, or when there were it wasn’t awkward.

What was the weirdest thing she told you? We discovered we’ve both spent time in Manchester with students but not as students, and that we’d both gotten into strange sleeping patterns.

What happened after you finished your meal? We were going to go onto somewhere else, but as it was a Sunday we had many more drinks at Trof and chatted the night away.

So was she the highlight of the night? Yes!

Snog, marry, or avoid? Seeing as she’s going to read this, marry and avoid are both very weird things to say! So snog.

How did you say goodbye? We walked back together, even thought she could’ve cycled, and then said see you soon? With a question mark! And I got her number, being the smooth talking guy that I am!

Kiss? A friendly hug and kiss on the cheek.

Any potential future plans? Yes I think so. She was ‘humouring’ me it seemed. Yeh potential, it would be nice to see her again.