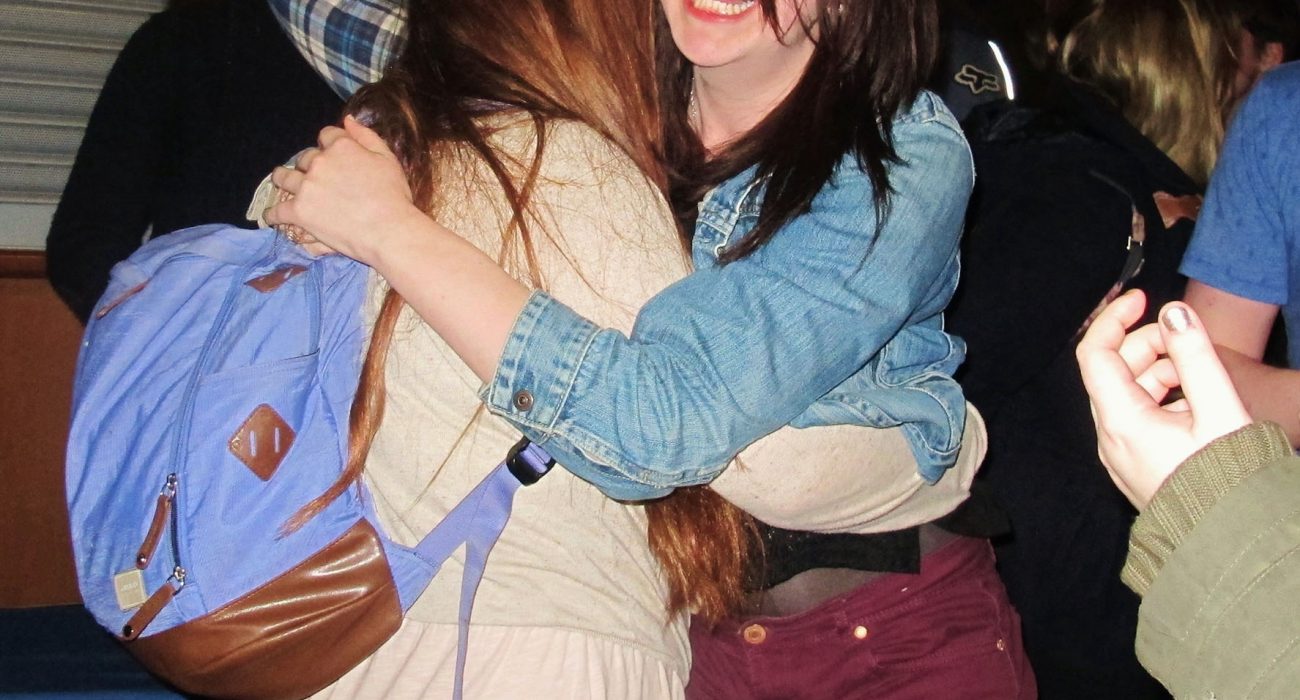 The new Executive Team 2013/14 has been elected amid controversy as five candidates were disqualified.

The announcement of the winners was heavily delayed on election night, as five candidates were disqualified for “breach of the rule that requires candidates & teams respect the right to vote confidentially and freely” by the Returning Officer Jim Dickinson.
Khaldoon Khan (Community), Choudhry Haziq (Gen Sec), Shahneela Shehereen (Activities & Development), Kazi Tawseef (Wellbeing) and Ali Khalid (Diversity), were all disqualified. For more on this story see here.

Grace stated that her first priority in office would be to ensure that free wifi in halls is implemented in time for the new intake of students in September.

NUS Vice President (Education) Toni Pearce tweeted her support, “#ManchesterVotes POW! So delighted for Grace Skelton elected as Gen Sec! You are a complete hero, so happy for you (and you Manchester!)”
Skelton heads a team with a female majority, five out of the eight positions being won by female candidates.

Tabz O’Brien-Butcher, re-elected for a second term as Women’s Officer tweeted “Sooo excited about next years exec team @ManchesterSU – Some Young Greens, some Labour, & lots of feminists! Over the moon!”

The most contested position in the election was Education Officer, with Rosie Dammers coming out on top in a close call. Last year saw Luke Newton elected with a margin of just three votes who tweeted “Amazing officer. All the candidates were good. Brilliant election results!”

Khalil Secker, current Campaigns & Citizenship Officer said, “I’m really pleased about all the people that got elected, but especially for two of the founding members of the Save Our NHS campaign, Liam and Charlotte.”

Liam Mayet, the successful Activities & Development Officer said that he wants to get started straight away. “My ideas about Freshers’ Fair, I absolutely want to completely change it, have it much longer. Bring it back to how it was, and much better organised. It will be a better way to get more people involved in societies.”

“I knew it would be a really close race, I honestly didn’t think I was going to win.” said Charlotte Cook, newly elected Community Officer. In an interview following the announcement she said that she would like to work on kosher and alcohol free zones in halls.

Emotions overcame Ellie Bradbury speaking to The Mancunion and Fuse FM after it was announced that she is the new Wellbeing Officer. “I’m so happy as it’s a job I really wanted to do, and I think I can do well at it.”

Having chosen ‘OMG’ by Usher as a catchy campaign song, “Oh-mar-gosh!” was all that new Diversity Officer Omar Aljahuni could say upon taking to the stage. He later said that the celebrations would have to be postponed until he had completed an assignment due the following morning.

Clifford ‘the big red dog’ Fleming won the race for Campaigns & Citizenship with 1177 votes, a margin of nearly 400 votes ahead of Taz(manian) Ranjha, two of the more memorable campaign efforts this year.

Speaking to candidates ahead of the results, the majority commented on their relief that it was finally over and of the fun they’d had.
Gen Sec candidate James Johnson told The Mancunion that his campaign was a joke to begin with, but as the weeks progressed he took it more seriously.

Similarly, Samuel Blackledge only decided to run for Education Officer after seeing the last minute social media blast by the Student Voice team announcing that two positions were uncontested. He soon embraced his gimmick fuelled campaign, “Bananas for Blackledge” by walking around campus in a full banana suit.

Broadcasting live from Club Academy in the Students’ Union, Fuse FM hosted the event taking song requests on Twitter, with people competing for the best pun. ““I will survive! Perfect election song!” tweeted one student.