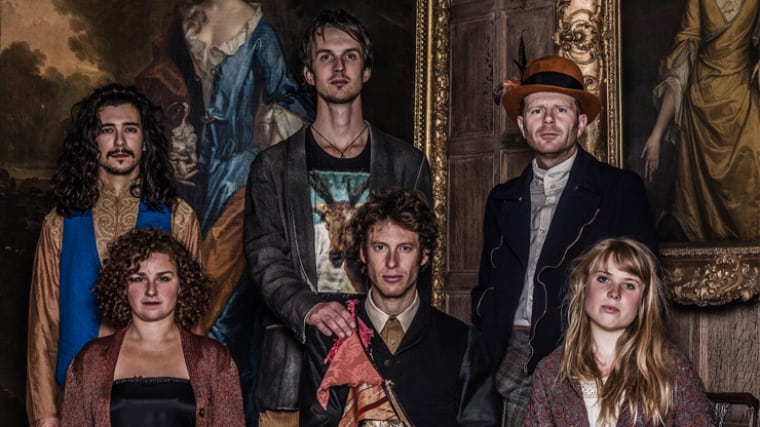 Why pay to watch a band when you can download the songs for free? Let me tell you about seeing Sam Lee live. So, we sit – hey, this is folk music, there’ll be no mosh pit – we sit close up to the low stage, and under the dim light you almost feel part of the set. Lee – really tall and elegant, not wearing shoes – is surrounded by unusual instruments. His music comes from travellers and gypsies and he tells the story behind each song: one he’s borrowed from a woman who sings gripping a pint glass, ready to hurl at any talkers in the audience.

It’s the stories that make Lee’s reinventions so startling to listen to live.  Lee cites the controversy ‘The Jews Garden’ caused when his 2012 Mercury Prize nominated album, Ground Of Its Own, was released: the lyrics are old and were originally spread as anti-Semitic propaganda, describing the tricking and killing of a child by a Jewess.  What’s frightening is that, without the story, the violin’s suspenseful one-not sawing and the otherworldly flexing of a jew’s harp could conjure up a more reductive sense of horror around the words.

The set is mixed with songs from an Irish traveller, Tom McCarthy: he has depleted teeth and looks mischievous singing about a woman “married to a man with no balls at all”.  The words are fun and rude and were passed to him from a 74-year-old woman – these are the cleanest of her lyrics.  Even the instruments Lee uses have stories: in ‘Black Dog and Sheep Crook’, his voice navigates through the melodic geography of shruti box and Japanese koto, the latter used by courtesans to entertain rich men, he explains.  Remembering centuries of oral history, the words around the songs are really worth hearing.  Thank you for listening.