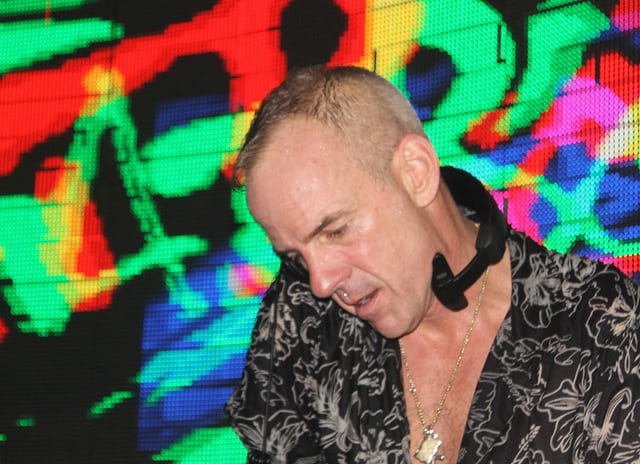 Manchester institution Sankeys is set to close its doors next month.

The iconic nightclub, voted ‘Best Club in the World’ in a 2010 DJ Mag poll, will shut down as owner David Vincent seeks to concentrate his efforts on Sankeys Ibiza.

“I want our Ibiza project to be the best club in the world, just like what we have achieved previously in Manchester,” Vincent explained in a statement on Facebook.

“But I need my production and staff from Manchester to come to Ibiza with me to achieve this goal and therefore both clubs cannot be open at the same time.”

The club will say goodbye to Manchester with a 12-hour marathon set at the end of the May bank holiday, running from 1pm all the way through to 1am.

Club residents Jozef K and Us & Them will be joined by Sankeys Ibiza resident Bones, and Sankeys also promises two “very special guests” will be announced on the day to make an appearance.

The hashtag ‘#SankeysIsClosing’ was trending on Twitter just half an hour after the news broke, as students and past visitors alike took to social networks to mourn the decision.

“Genuinely floored by the news that Sankeys is closing,” said Twitter user @happydan. “So many amazing memories from my clubbing days there. What now, Manchester?”

“RIP, thanks for the memories,” said University of Chester student Shaun Stewardson. “Truly honoured to have graced that basement many times, gutted.”

“One thing us Mancs could always boast about was Sankeys,” tweeted @mimipersia.

“At least we had a good run of it. Places like Hacienda and Sankeys will go down in history.”

Not everybody was so nostalgic upon hearing the news, however. A large contingent of people also made their opinions on the closure clear.

“Very disappointing and unfair that you are closing it, if it wasn’t for the people in Manchester you would never [have] had a Sankeys in the first place,” fan Sarah Masterson commented on Facebook.

“Manchester loyal [customers] are loyal all year round, Ibiza is an island only opened 6 months of the year!”

Sankeys’ response on Twitter was simple: “Hate us or love us you will 100% miss us.”

David Vincent, in his Facebook post, paid tribute to the almost two decades of clubbers who have crossed the threshold of Sankeys.

“Sankeys simply wouldn’t exist without our loyal crowd who have made us what we are today,” he wrote.

First opening as ‘Sankeys Soap’ in 1994, due to its residence inside an old soap mill, the club has been a fixture of the Manchester music scene since then.

All hope is not completely lost, however – this is not the first time the club has ‘closed its doors’.

In 1998, financial problems caused the club to close until it was bought by its current owner David Vincent and Sacha Lord-Marchionne, who later founded The Warehouse Project.

The club was later closed in 2006 – at the time, “for good” – before Vincent became full owner of the club and re-opened, this time just called Sankeys, that summer.

The club has been a Manchester fixture ever since, and many fans are holding onto hope that this is not the end.

“Well shit to see that Sankeys is closing,” tweeted graphics student Ross Pagent. “Hopefully [it’ll] be back after summer!”

“Marketing ploy much?” asked Facebook commenter Jasmin Keogh. “They’ll be back at the end of the IBZ season!”

“Bet anyone here it’ll be business as usual come September,” wagered Facebook user Liam Kelly. “After a grand re-opening with much fanfare of course.”

“Who knows when we will be back in Manchester, or if we ever will be back, or what comes next in this great city I love,” said David Vincent.

“All I can say right now about what happens next is quite simply: watch this space.”