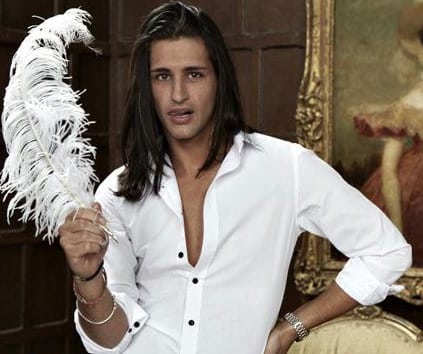 Made in Chelsea: why so compelling, yah?

Last week, Made in Chelsea became the most Tweeted trend of the week after its fifth season premiere episode. So why had I, along with thousands of others, tuned in to watch these over-privileged, over-tanned, over-indulgent idiots prance around on my screen? The answer? There is a complete open-mouthed fascination about watching MiC: incredulity, slightly tinged with jealousy.

It’s like being transported into a weirdly wonderful/wonderfully weird parallel universe, where all the inhabitants have fabulously shiny locks and skin the colour of varnished mahogany, and have totally mastered the art of the awkward pause. These inhabitants also seem to be incapable of saying a sentence without the words ‘like’ or ‘literally.’ Like, literally, every sentence. If you’re not the heir to a ridiculous amount of money or have a totally pompous name such as Proudlock (Proudc*ck is more befitting if you ask me) then you are not welcome in Chelsea. Like, literally, Rosie with the wide eyes will stare you out of London.

MiC has an undeniable entertainment factor; I couldn’t take my eyes away from the screen when Louise and Spencer were arguing in the middle of the restaurant and Millie’s slap was just inspirational. Despite this, it’s hard to believe that these people are actually real. Some of the ‘storylines’ are more dramatic than a soap, making it easy to forget that these characters aren’t supposed to be fictional. When they stop filming, they don’t burst out of their designer outfits and head to the local pub for a pint with the lads (sorry, gentlemen) – what you see is what you get. Obviously, shows like these have to be taken with a pinch of salt, but nonetheless, it seems hard for me to think about Mark Francis existing in the real world, beyond the borders of London SW3 (oh, and Cannes of course).

Perhaps it is the melodrama, combined with the fact that these people are real, which makes this and many other similar programmes (like The Only Way Is Essex and Geordie Shore) such a success. Either way, it certainly certainly makes me feel a bit better about myself. I may not be a Wotsit coloured, Laboutin wearing glamour puss who can jet off to ‘Verbz’ at a moment’s notice, but at least I’m not making a complete arse out of myself on national television.

Tags: Lifestyle, Made in Chelsea, TV