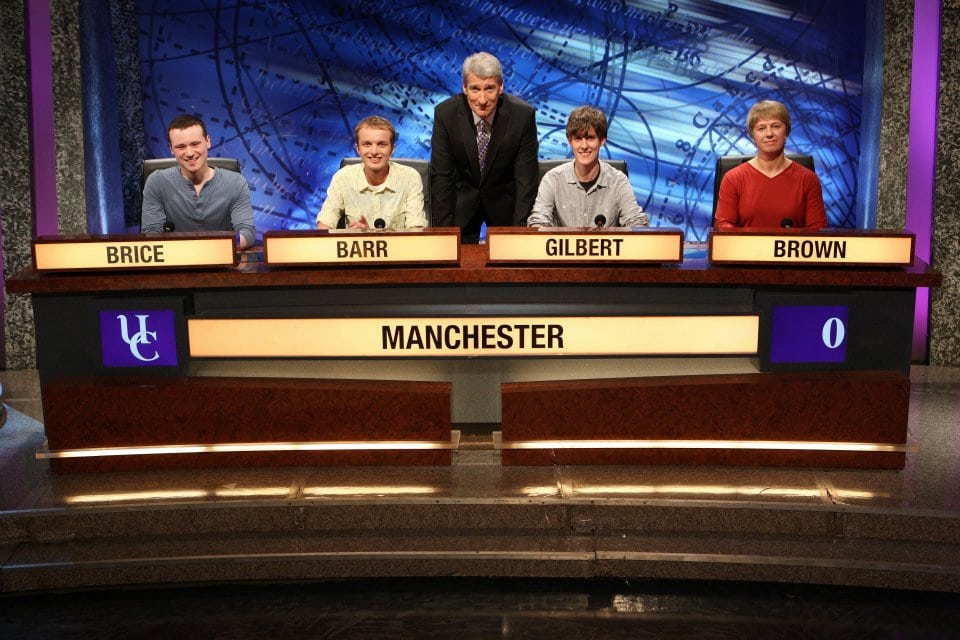 I have a bone to pick with the latest University of Manchester team to reach the final of what must surely be the toughest quiz show on television.

Three members of the quartet – Adam Barr, David Brice and Richard Gilbert – are regulars at my local pub quiz, held at the delightful Fuel in Withington. As if the trio alone could not trounce the competition week after week, the additional presence of a Mastermind semi-finalist and former University Challenge team member, Rachael Nieman, ensures that the team clear up on a frighteningly consistent basis. The result: just two wins in two years for my assembled ragbag of mere mortals, despite our valiant efforts.

But when I meet my nemeses – minus the fourth team member, postgraduate student Debbie Brown – over coffee ahead of Monday night’s University Challenge final, it is their overwhelming enthusiasm for quizzing, rather than a clinical determination to win at all costs, that shines through. “We don’t really go along to pub quizzes to win. We go because we like quizzing,” Adam tells me matter-of-factly.

Indeed, David Brice traces his fascination with University Challenge back to his childhood. “I remember how excited I used to get when I was young and I would get a single question right, if I’d been doing the Tudors or something in school,” he recalls.

For the vast majority of the student population, of course, providing the correct answer to one question over the course of the thirty minutes remains a triumph. Yet we continue to tune in in our droves. The stuffy, Bamber Gascoigne-fronted ode to bookishness which ran for a quarter of a century until 1987 gave way, upon the programme’s return seven years later, to a glossy half hour of quiz kitsch, with the inimitable Jeremy Paxman given star billing.

Excellent though they have been, the University of Manchester’s current team is no exception given the institution’s stunning recent history in the competition. Tonight’s final will be the fifth to feature Manchester in eight years, with the team seeking to defend last year’s title.

This year’s quartet narrowly beat Lincoln College, Oxford in the first round before overcoming a second Oxford college, Magdalen, in round two. They then saw off Imperial College, London in the first of their quarter-final matches before suffering a setback to lose to University College, London. The team eventually made it through to the semi-finals with a comprehensive victory over St George’s College, London before waltzing into the final by beating Bangor University.

But it could so easily have been so different. The road to the final has been anything but smooth, with an unlikely comeback required to pip Lincoln College, Oxford by just five points in their first round match. Indeed, the Manchester quartet spent the first ten minutes of their debut appearance clawing their way back to zero points. “We planned the whole thing,” Richard says, tongue firmly in cheek, before David clarifies: “It didn’t just look like we would lose, it looked like we might get the lowest ever score!”

Manchester’s ongoing success has generated significant media coverage over the past week, with some suggesting that the team’s ‘training’ requires North Korean-style discipline. Not so, says team captain Richard Gilbert.

“These stories about us ‘training’ have kind of got the wrong end of the stick. Basically, we all like quizzes. Stephen [Pearson, team coach] knows we like quizzes, so he says ‘do you want to come round on a Wednesday night to have a bit of a quiz?’ Yes please, because we like quizzes! That’ll be cool – let’s do that then go to the pub. It’s not like, three hardcore sessions a week of training.”

Perhaps understandably, then, the team are keen to refute the suggestion that they take the competition too seriously. “For us it was more of a social thing,” David explains. “There were teams there with huge textbooks and piles of paper – one team with a huge textbook which said ‘KANT’, and over lunch they were just there trying to speed learn Kant’s entire life work.”

Nonetheless, the team meet once a week to practice, fingers on buzzers, in the style of the show. Their success has been masterminded by University of Manchester librarian Stephen Pearson, a one-time University Challenge contestant himself who has been dubbed ‘the Alex Ferguson of the quiz world’. Since taking his team to the semi-finals as captain in 1997, Pearson has assumed responsibility for coaching Manchester’s budding quiz starlets. Over the years he professionalised the application process and compiled almost 10,000 questions in an effort to prepare each team as far as possible.

“The team I’ve got for the current series virtually picked themselves. As soon as I chose the team I thought they could go all the way,” Pearson tells The Mancunion. The practice sessions, ridiculed by some, are vital to ensuring that teams feel comfortable once the show reaches its televised stage.

“I think nerves can be a factor,” he explains. “I used to only run these practice sessions once before the team appeared on television, but now I think it’s important to give them as much experience on the buzzers, in the format, as possible.” His expert tutelage is obviously paying off; I mention the height of the Eiffel Tower to this year’s team, as an example of a fact that could only be recalled via Google. “321 metres,” David shoots back. “And also it increases in the summer, because of the heat,” Richard adds, not to be outdone.

“Stephen helps us out of the goodness of his heart,” David tells me. “The Oxbridge teams have their own inter-college quizzes, so that’s their training. We just meet up and practice by answering a few questions.”

The Oxbridge question is one which has been raised time and time again in University Challenge circles. A 1975 protest against the presence of several Oxbridge teams in the competition – as opposed to the single slot allocated to every other institution – produced perhaps the most infamous moment in the show’s history, when the University of Manchester quartet began the programme by answering each question with the name of a revolutionary leader; ‘MARX!’ ‘LENIN!’ ‘TROTSKY!’

David Aaronovitch, today a distinguished columnist at The Times, was a part of that now-legendary team. Though he admits “I can’t get my knickers in a twist” about the issue almost four decades on, he remains firm in his belief that Oxbridge are overrepresented on University Challenge. “It’s a weirdness of itself, and everybody knows it. I don’t know whether they ask Durham University, for instance, whether they want to be represented by the collegiate system.”

“We were a combination of very arrogant and very innocent,” Aaronovitch notes wryly as he recalls his youthful antics. “The funny thing is that what we did now seems very eccentric, whereas this form of hyper-competitiveness that dominates the show now seems relatively normal. It’s a real reflection of how attitudes have changed.”

To some extent, Aaronovitch regrets that a shift in the nature of the competition has taken place, expressing unease at the training that the Manchester team have received from University Challenge guru Stephen Pearson. “My emotional reaction to it is that it’s a bit like the Sultan of Qatar taking over Manchester City. It reminds me of when the Oxford and Cambridge boat race became semi-professionalised, and they almost bring over these American students on scholarships in order to row.”

He continues: “It’s a development of the competitive spirit, though I wonder whether it’s a step too far. But if people like it and enjoy it and it makes Manchester feel good, then I’m not going to condemn it. I still sit there myself and shout out the answers.”

One thing is for certain: there is no chance of the current crop repeating Aaronovitch’s feat during Monday night’s final. For one, the show is pre-recorded – astonishingly, over twelve months ago – whilst the Manchester team are unsympathetic to the sentiments of that 1975 protest. “If Oxford and Cambridge could only enter one team each, they would be unbeatable,” Adam Barr suggests.

Biased though we are, it has once again been a tremendous achievement – not to mention a testament to the dedication of one remarkable man – for Manchester to reach the University Challenge final. It will be the ultimate monument to Manchester’s devastating consistency if Brice, Barr, Gilbert and Brown are able to return the trophy to its rightful place in the University of Manchester library for a second consecutive year.

University Challenge is on BBC Two tonight at 8pm. For comprehensive coverage check out The Mancunion’s live blog at www.mancunion.com 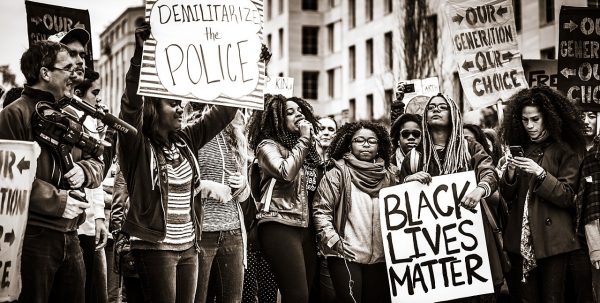