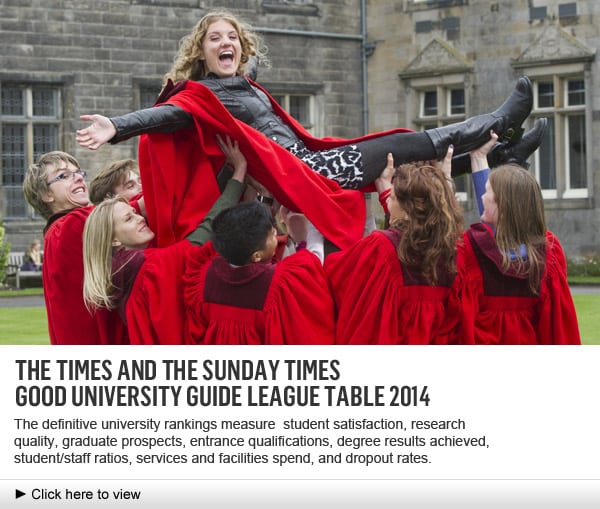 Should we trust league tables?

A record six UK universities are in the top 20 in the world, with four of those in the top 10, according to the QS ranking system published last week. The University of Manchester consistently performs better in international league tables than in national ones and this year was no exception. The university was 8th highest in the UK according to QS, but did not enter the top 30 in The Guardian. For many students this can make the university experience here a disconcerting one, with anxiety rocketing about the impact these results can have on the perception of a degree that most have only one opportunity to complete. However, league tables often stem from subjective sources, conflicting figures and a bias towards specific kinds of institutions. The league tables are not as accurate a reflection of a university’s reputation as first appears.

League tables have become endemic in education since the early 2000s. From your primary school, to your sixth form college and maybe even up to your graduate scheme, you can find a rank for every institution you have been a part of.

Due to their data centric nature, league tables are used as a definitive guide to the value of a university, department, or even sports provision – particularly by nervous teenagers trying to select a university to study at and a city, town, or campus to live on for three years.

Yet much of the information used by the national league tables is, at best, flawed. With their reliance on the results of the inherently subjective national student survey, the outcome for any particular programme can be heavily distorted by the opinions provided. While most of the opinions in the survey are given in good faith, they are based on only limited knowledge of equivalent courses. In the league tables they are used as a measure of equivalent value despite this lack of knowledge. If the basic information forming league tables is this unreliable surely they can’t reflect the actual value of the university as accurately as is believed?

International league tables are often ignored in comparison to the national ones. This is partly based on a common belief that these are decided entirely on research results. Instead, it is another subjective survey that forms the majority base for the world rankings. The academic peer review involves academics ranking up to 30 exceptional institutions in their field. However, these opinions are founded in a more comprehensive knowledge of equivalent departments than the student survey. Academics may have worked with an institution remotely, visited them or even held a position there. Clearly these results are of more value than those used by the national tables.

Similarly, where student experience informs the remainder of the national league tables, the world rankings are based on measures that are arguably of more concern to current students. The employer review surveys the largest international graduate recruiters to see which institutions they hold in highest regard. The citations per faculty measurement can be used to indicate whether your learning will be provided by a cutting edge research facility. The faculty to student ratio measurement shows just how much staff time is likely to be devoted to each student.

By contrast, the national surveys focus on facilities expenditure, entry requirements and “good honours” achieved, all slightly arbitrary forms of measurement, with the latter two easily distorted by institutions. This all indicates that a better performance in the international league tables could suggest that a university is addressing students’ actual concerns – encouraging news for University of Manchester students.

However, league tables should not really concern students at all. As a relatively new phenomenon, many employers in particular are much less likely to be aware of league table outcomes. Instead, measures such as Russell Group membership, red brick status or even simply the age of a university have much more sway with many of the influential members of society than the league tables will ever do. This is enforced by the constant fluctuation in league table results, rendering these an inconsistent measure of value. In the case of degree value, the elite status of Manchester benefits all students here.

More to the point, although national league tables attempt to measure the undergraduate student experience at each institution, this is wholly subjective. For some entry requirements may be an essential measure of their future university, as sitting in a class with other ‘straight-A’ students is of high importance to them. By contrast, for most the value of the undergraduate experience is based on the atmosphere of the city they move to, the tranquillity of the campus they study on or even just the people they meet. None of these things can really be reflected in data or league tables.