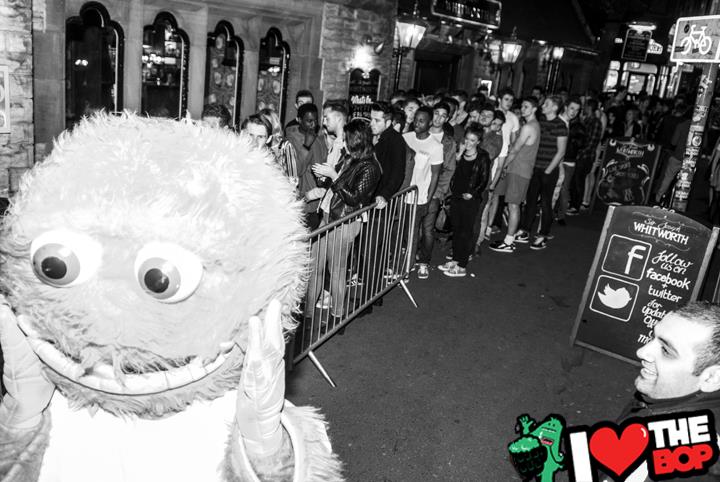 Four years after leaving Owens Park, the BOP is to become a regular Friday feature at 256 photo: 'The BOP Returns' Facebook page

Popular club night, The BOP, is set to return to its spiritual home of Fallowfield. The themed weekly event will be held at 256 Wilmslow Road, as of Friday 27th September,

The club night caused public outcry when owners Social Junkies organised a ‘Taliban versus armed forces’ theme, last year. An expose by The Mancunion led its cancellation, and a lively debate about the ethics of nightlife promotion.

“As long as the promoters do their job properly, within the bounds of decency and the law, then hopefully the event can be a great success. What they’ve done in the past is really no business of mine,” Alex Allan, general manager of 256 told The Mancunion.

The clubnight has always been infamous for student debauchery. FHM voted it as ‘the easiest place to pull’ in the UK. Reasons cited for this vary wildly, they include the close proximity of the venue to university halls, a cheesy playlist, and reasonably priced drinks at the bar.

Allan is optimistic about The BOP’s return to Fallowfield.

“We’re happy to bring The BOP back,” he said in an interview with The Mancunion.

When taking on the Friday night event, Allen also said he knew Social Junkies “have had those risky themes”. But in his view it doesn’t seem like anything 256 cannot handle.

“It’s a well-run venue. We have an excellent door team, an excellent bar team,” he said. “I like to think that we can add something to the Bop, and revive the excitement for it.