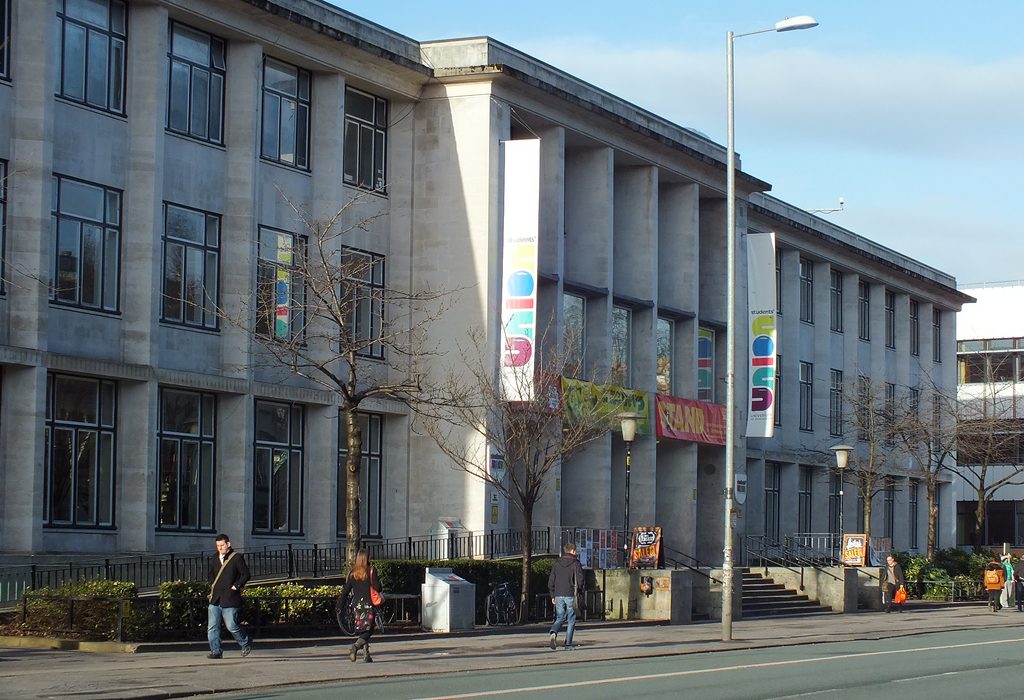 The Students’ Union Exec Team have been slammed as “anti-military” after claiming that the armed forces are “not appropriate” for Welcome Week and make the campus “seem unwelcoming to students”.

The sentiments were posted in a statement released via Facebook, explaining the Exec Team’s decision to move the Manchester University Royal Navy Unit (URNU) stall away from the Union building during Welcome Week.

The decision was made despite the fact that a motion to ban the armed forces from freshers’ and recruitment fairs was voted against in 2010. Then-campaigns officer Andy Cunningham was quoted as saying “usually we don’t like the military on campus”.

In a further comment on Facebook, current Campaigns and Citizenship Officer Clifford Fleming wrote that “Welcome Week is not an appropriate time to be recruiting for the military.”

“University of Manchester Students’ Union takes pride in being an inclusive space for those from different backgrounds and cultures”, Fleming contined.

“A military presence directly outside of our building is not appropriate and may make some students feel uncomfortable, especially on Welcome Week where many students have only just started and many have only just moved to the UK from elsewhere.”

Lieutenant Commander Louis Gardner, of the Royal Navy, states that the fears expressed in the statement are “not the case at all”.

“We take from across all races and genders. Okay, we wear a uniform, but actually what we find is that most people say they feel safer when people in uniform are around.”

“We’re not here to intimidate people. In the same way that any other society wears a branded hoodie or a t-shirt, ours just happens to be in the same format as a Royal Navy uniform.”

“We’re not recruiting to the armed forces at all. That is not my remit”, stated  Lieutenant Commander Gardner.

“There is no commitment to join the armed forces or the reserve forces, and we are totally made up of university undergraduates. The unit is run by them, they run their own committee, in the same way that any society does.”

“We’re completely backed by the University. We operate under the same charter that any other University society does.”

Members of the URNU have expressed feelings that the current rules regarding their organization may add to the accusations of “making students feel uncomfortable”.

Rob Anthony, a fourth year aerospace engineering student and URNU member, said: “A lot of people who find us intimidating don’t quite understand who we are.”

“We’re more externalized [than other societies]”.

Seonaid Ferguson, a third year Psychology student and also a member of the URNU, suggests that this is “reinforced” by Union rules on the Welcome Fair.

“If we were allowed in the Welcome Fair with the other societies, students would think we’re a society,” she said.

“Because we’re outside the Union, that shows that we’re kind of ostracized.”

Dan Cunningham, a third year business student and URNU member, said “we’re received quite well at Salford – it’s just the exec at University of Manchester and Man Met who are very anti-military”.

“Fine if you don’t want to promote the military, but to be against students that have chosen this to go alongside university is wrong.”

“The University Officer Training Corps, University Royal Navy Units and the Royal Air Force University Air Squadrons provide those at University who are considering a career in the regular or reserve forces valuable skills and experience, and provide a positive influence for all others as they embark on their civilian careers, enabling them to fulfil their individual potential through continuous, world class training and development.”

In an email to a student who contacted Clifford Fleming about the statement, seen by The Mancunion, Fleming states that “there are numerous reasons why students could feel uncomfortable with the armed forces directly outside the Students’ Union, and we did receive messages from students expressing such concerns.”

When asked what the armed forces were doing to prevent the Union being an “inclusive” space, Fleming responded: “There is not one blanket answer to your question as many students will have different perceptions and experiences of the armed forces,” the email continued.

General Secretary Grace Skelton, when asked for further comment, said “most of the exec feel that everything that needs to be said has been said in this case”.