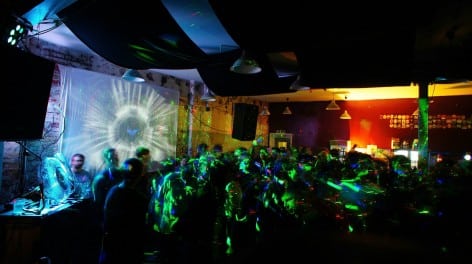 With The Warehouse Project season due to start in the coming weeks there is a conspicuous whiff of ecstasy amongst students and party goers alike. It’s common knowledge by now that The Warehouse Project has flooded Manchester’s underground music market, yet whether this is beneficial or not is up for debate. I’m certainly not going to argue against the consistent quality of their bills – fuck it, at the risk of sounding massively contradictory, I’ve already bought three tickets and intend to go to more nights.

However, one of The Warehouse Project’s greatest appeals, its sheer scale, is also its largest downfall as competitors struggle to swim against the huge wave that The Warehouse brand has created. The most obvious evidence of this battle was the recent closure of one of Manchester’s most recognisable clubs in Sankeys, the venue that was described as Manchester’s original ‘super-club’. Sankeys’ downfall may not have been entirely down to The Warehouse Project but the level of competition over bookings and punters inevitably took its toll. Indeed, it seems for many that it has become hard to look past The Warehouse Project for a student-loan-blowing night out and this, for me at least, is a shame in a city of such broad and passionate musical history.

Take nights such as Meandyou or Chow Down that have both worked hard to provide intimate, original and creative nights that are always bound with an interest for underground music rather than profit. Certainly, the presence of The Warehouse Project has created a mindset that dictates that more is better when in reality seeing the likes of Ben UFO or Plastician in a closer environment can be just as, if not more, gratifying than going to a twenty headliner strong Warehouse night. Indeed, this argument can be cast off as mere opinion but the underlying repercussions of The Warehouse Project’s dominance is clear as limitations over bookings make it hard for new nights to come to fruition. Admittedly this is not an entirely new concern but with the growth of The Warehouse Project continuing to surge, the question of smaller nights vulnerability is noticeable. From Soup Kitchen to The Mint Lounge, music is always going to remain at the fore of a clubber’s itinerary, but what can make a cities electronic scene great is diversity between venues, DJ’s and promoters. If there is a danger of The Warehouse Project controlling any more of the market, then the risk of Manchester’s entire scene being saturated into a single brand could spell the end to the cities once diverse musical movements.

So next time you’re debating over Modeselektion or Annie Mac Presents, spare a thought for a lesser night that could turn out to be more.