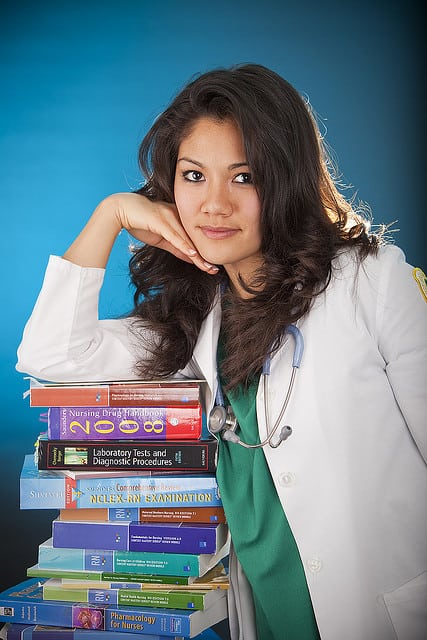 Ethnic minority medical graduates may face discrimination in the GP exam, researchers from the University of Manchester have found.

The study, published in the British Medical Journal, unearthed failure rates for ethnic minority candidates from international backgrounds that were significantly higher than those of white, UK-trained candidates, taking the Membership of the Royal College of General Practitioners (MRCGP) exam – required to become a licensed general practitioner in the UK.

“With continuing dependence on international medical graduates in meeting the workforce needs of many developed countries, including the UK, understanding the barriers that these doctors face in entering and completing specialist medical training is important,” said Aneez Esmail, Professor of General Practice at The University of Manchester, and a member of the team who produced the report.

Information was taken from approximately 5,100 MRCGP people who took the exam, over the period of 2010 to 2012. Data was also taken from another 1,175 candidates who trained abroad.

These results came out at the same time as a British Medical Journal Careers investigation, which found that ethnic minority doctors are nearly three times less successful in getting posts in NHS than their colleagues (13.8 per cent as compared to 4.8 per cent). Black or Black British candidates were the least likely group to obtain secure jobs in hospitals with a 2.7 per cent success rate. Doctors of mixed ethnicity had a success rate of 3.5 per cent and Asian and Asian British doctors had a 5.7 per cent success rate.

Reasons suggested for the differences in pass rates between international and locally trained candidates include different training standards as well as cultural factors like English fluency.

But, Black British and ethnic minority graduates also had a lower pass rate than white British graduates – 17 percent compared to 4.5 per cent – in their first attempt of the clinical assessment skills exam. There was difficulty explaining the change in pass rate between locally trained graduates from different ethnicities.

The researchers said they “cannot explain differences between white candidates and black and minority ethnic candidates who have trained in the UK.”British-trained candidates would all “have had similar training experiences and language proficiency.”Cultural factors and training standards would not account for the differences in pass rates between different ethnic groups, the report said.

The authors also said they “cannot exclude subjective bias owing to racial discrimination in the marking of the clinical skills assessment as a reason for…” the difference in pass rates.

“We believe that changes to the clinical skills assessment could improve the perception of the examination as being biased against black and minority ethnic candidates,” said Professor Esmail, also the Associate Vice-President for Social Responsibility and Equality and Diversity at the University.

“For example, the diversity of the examiners could be more reflective of GPs in the UK and the actors who represent patients should be drawn from a more diverse group to reflect the reality of general practice in the NHS.