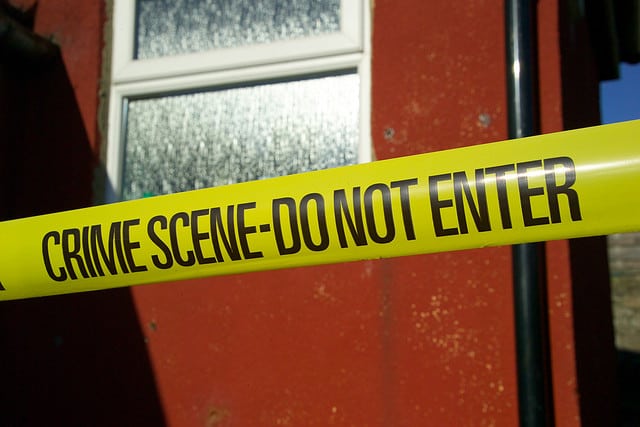 A family home in Disbury was broken into last Friday

A group of armed men broke into a house on Didsbury and assaulted one of the residents.

The burglars broke into the house on Willow Way last Friday night at 9.30 pm. They threatened the family with bricks and knives.  Two young children were also present during the incident.

The residents were forced to go upstairs and hand over their valuables, which included jewellery and money.  The intruders gathered the goods into a pillow case but just before leaving, a 29 year old family member arrived home. They assaulted him severely and then left.

One member of the group was described as having a muscular build, black skin, large eyes and locally accented. The other members were white and wore gloves and covered their faces with masks.

Detective Constable Andy Langlands of West Didsbury Police Station said, “This was a simply terrifying experience for the occupants.  The sight of these men walking in to their home, armed with bricks and knives , has obviously deeply affected them and they now feel unsafe in an environment they should feel comfortable.  To make it worse, one of them was assaulted but luckily he was not seriously injured.

“We believe there were four or five men in total and from what the witnesses say, the man described as being muscular is the main offender responsible for the attack.”

She appealed to the general public for information.  “I would ask anyone who may have seen these men before or after the incident to contact police on 0161 856 4596 or the independent charity Crimestoppers, anonymously, on 0800 555 111.”