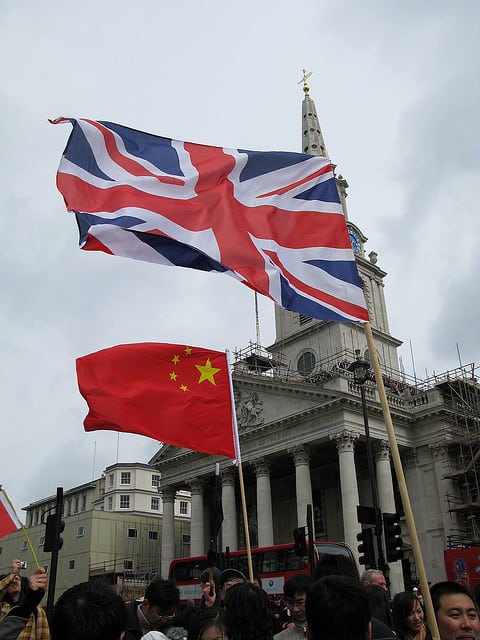 The University of Manchester and Peking University have joined to form an international health centre, declared Chancellor George Osborne at a speech to Chinese students on Monday 18th October.

The Peking-Manchester Centre for Genomic Medicine is a partnership between Peking University, one of China’s oldest and most prestigious universities, and the University of Manchester’s Manchester Academic Health Science Centre (MAHSC).

The new centre will be made up of three separate but interdependent research facilities – the International Centre for Rare Diseases, the Centre for Cancer Genetics and the Joint Clinical Trials Facility. Manchester’s work in the project shall be led by the Manchester Centre for Genomic Research, itself a partnership between the University of Manchester and Central Manchester University Hospitals NHS Trust. The group consists of over 250 researchers, doctors, genetic counsellors, nurses and scientists, which launched last May.

The joint venture will see six senior geneticists from the Manchester Centre for Genomic Research delivering a training course at Peking University Health Sciences Centre to over 300 scientists and health professionals.

The Chancellor, in his speech at Peking University, spoke of his delight at the formation of the centre.

‘Here in the oldest and most prestigious medical school in China, let’s work together on the medicines of tomorrow.

‘This partnership will – I hope – give even more of you the chance to come to Britain and study there.’

The Centre is a sign of what George Osborne hopes to be an increasing closeness between Chinese and British academic establishments and, by extension, a tightening of the economic and cultural relationship between the two counties. He stated that there would be no cap placed upon the amount of Chinese students who would be allowed to study in Britain.

‘I want more of you to come. And more Chinese visitors too.’ He said. ‘(There will be) no limit to the number of Chinese tourists who can visit. No limit on the amount of business we can do together. For in the end what is a true dialogue? Not just a meeting between governments. Not just a conference of politicians. A real dialogue is where people get together, and talk, and learn, and understand and embrace the future together.’

Zhen Zhang, first year Economics and Finance student, came to Manchester from China for his degree after finishing a foundation year at Warwick. He said that he came to Manchester as he wanted to study in a well-known big city with a top-class international reputation.  ‘I feel that I would be more accepted here than in America’, he stated, telling us the idea of studying in USA seemed more daunting. ‘I enjoy it here, it’s a good city’.

However, not all students are happy about the Chancellor’s desire to draw more Chinese students to British universities. Chris Payne, Business Studies student, said, ‘I feel the university has been trying to accommodate Chinese students over UK ones. Some of my tutorials have been led by Chinese post grads whose English hasn’t been great and I feel like my learning has suffered as a result.’