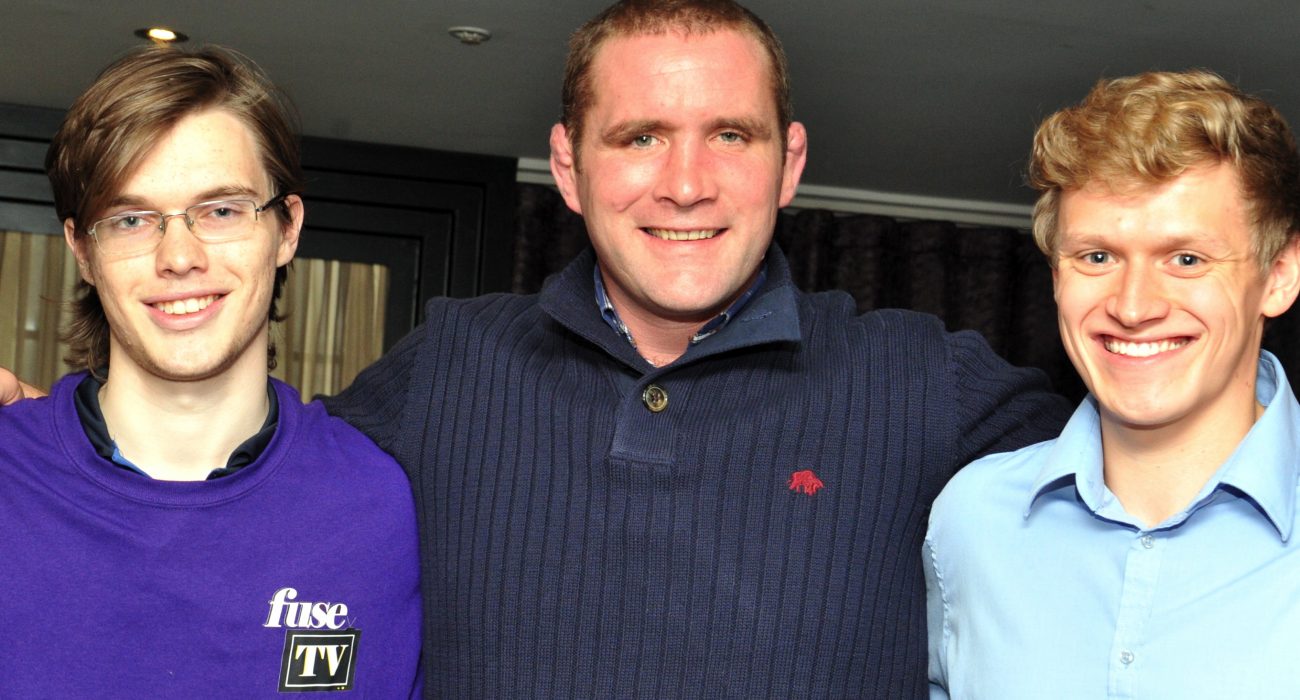 I had the pleasure of meeting former England rugby captain Phil Vickery MBE at House of Fraser, Deansgate for the launch of his new Raging Bull Leisure clothing range, last Thursday.

Vickery was capped 73-times by his country, went on two British and Irish Lions tours and captained England to the final of the 2007 World Cup in France. Known for his devastating scrummaging ability and ball-carrying prowess, Sir Clive Woodward named the former Gloucester and Wasps favourite the Raging Bull.

In 2003, Martin Johnson captained the glorious generation of English rugby to World Cup glory in Australia in dramatic circumstances. I asked Phil the obvious question, to find out if that night in Sydney (in which England won 20-17 in extra-time) was the highlight of his career.

“Its very difficult to sum up one moment that you’ll remember forever. For me it’s a combination: my first cap for England versus Wales in what was the Five Nations back then in 1998, running out in front of 76,000 people for the first time, captaining my country and getting to the (World Cup) Final in 2007…winning Heineken Cup and Guinness Premiership medals.

“But I still have a trophy at home which I was awarded playing for Bude colts – my hometown in Cornwall for coming next to last in the merit table! But that little trophy means an awful lot.

“The Rugby World Cup will be remembered for that iconic moment. People will tell you where they were, what they were doing and what it meant. This country stood still for those four seconds of flight for that final drop-kick from Jonny Wilkinson. But there are so many little moments that mean an awful lot to me.”

Later that evening, Phil laced up his boots once again for the England Legends XV against their Australian counterparts, turning out for a charity game at the Twickenham Stoop. Phil revealed that he was anxious ahead of the game because of his run of injuries and a recent neck operation necessary because he couldn’t open his hand due to nerve damage.

However, Phil didn’t turn down the chance to muck in once again with the class of ’03, sadly he didn’t make the highlights reel quite like his front-row colleague Steve Thompson did with a length-of-the-field score (well worth a watch on YouTube), but he turned out for a great cause and helped England to an enjoyable 17-12 victory.

Phil originally delved into the world of rugby team-wear with customised playing kits for rugby clubs. After much success, the Raging Bull brand expanded to include leisure wear. Vickery juggled an immensely successful playing career with a desire to establish his brand in the fashion world. Sadly, a serious reoccurring neck injury forced him to hang up his playing boots in 2010.

For a former front-row forward, Phil demonstrates a lot of versatility; he developed a thriving fashion label, but he won Celebrity Masterchef in 2011!

In business, we all know relationships are very important and Phil and the Raging Bull team have established an excellent rapport with House of Fraser. He said he is immensely proud that the Manchester House of Fraser concession is the 26th store to stock his clothing.

“I’m very lucky in my rugby career with what I achieved…but I always needed something else to do, you can get so absorbed in one thing.”

Vickery was renowned for his leadership on and off the pitch for both club and country and this shines through in his business ventures. He takes great pride in his clothing: “It’s very well made, it’s very resilient and it’s of great quality. Yes I want to develop the range more…but under no circumstances is the quality compromised.”

Phil also gave a prediction ahead of the first QBE Autumn International between England and Australia at Twickenham. Vickery backed England to win by a score, picking the home side to win by 32 points to 28. Stuart Lancaster’s side won 20-13, with the back-line miss-firing and some argue that the home crowd helped influence a few of the officials’ key decisions.

With the Rugby World Cup taking place on English soil in 2015, he added, “These guys can create a legacy and be heroes.”

We have five Raging Bull polo shirts to give away. To be in with a chance of winning, just answer the following question:

Against which team did Phil Vickery win his first England cap?

Enter our competition for your chance to win 1 of 5 Raging Bull Shirt! Photo: Raging Bull

To enter, follow and message @mancunion_sport on Twitter with your answer, or email your response to [email protected]. Winners will be notified by Mancunion Sport when the prize draw has taken place. Entries close at midnight on Sunday 17th November 2013 you must live in Manchester to enter.