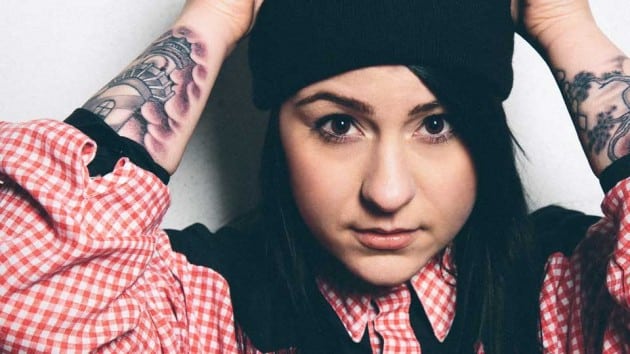 Little over a year since Lucy Spraggan burst to fame on the X-Factor stage, she makes her return to the Manchester stage with a bang.

As she emerges onto the stage, she is the upmost antithesis to the crowd; 1500 people chanting her name and she seems completely chilled and relaxed. That’s a remarkable quality to Lucy’s performance, she has a natural charisma on stage which is completely devoid of arrogance.

True to form, she has her banter with the very receptive crowd, pointing out “You’re too pissed mate!”, to one fan, and speaking jovially about the volumes of bras she’s received on stage. This interaction defines the gig; she even invited the crowd to sing the chorus of ‘Wait for Me’ in the encore, showing how much her fans mean to her.

The setlist consisted mainly of her debut studio album Join the Club, with a couple of non-album tracks thrown in there as well. A particular crowd pleaser was her witty internet hit ‘Jeremy Kyle’, amplified by her especially animated expression and rapping. Another highlight was her particularly poignant rendition of ‘You’re Too Young’, taken from her album, it’s a moving and emotional story which she delivered with passion and conviction.

Support came from Shannon Saunders, an up and coming singer songwriter, and Andreas Moe, the voice of Aviici’s ‘Fade into Darkness’. The acoustic element to both of their musical styles seemed a natural crowd-warmer for Lucy and yet provided a sense of variety.

Overall, all the elements fitted into place to form an excellent gig; a buzzing atmosphere, a full venue, and a series of top notch performances.