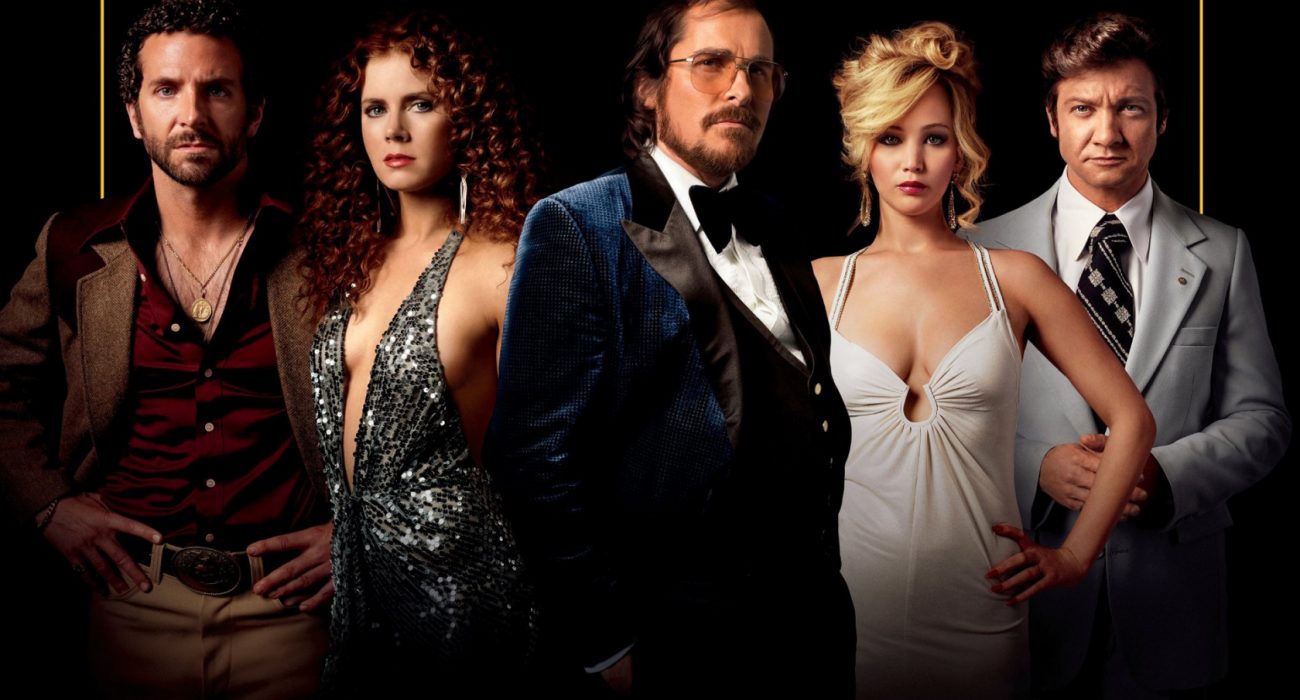 Ensemble casts are a blessing in disguise. For every The Royal Tenenbaums there is an Oceans Thirteen, for every The Towering Inferno there is a Movie 43. American Hustle is certainly setting the bar high with an ensemble cast that includes no less than Christian Bale, Bradley Cooper, Amy Adams, Jennifer Lawrence, Robert De Niro, Jeremy Renner and my personal favourite – Louis CK. Not bad? Well wait till you hear the story.

As the seventies became the eighties, con man Irving Rosenfeld (Bale) and his cunning mistress Sydney Prosser (Adams) are pushed into the world of the Jersey mafia by FBI Richie DiMaso (Cooper). It is going to get complicated, and no doubt explosive, and at some point Jennifer Lawrence is going to get involved.

What could go wrong? Well, the worry with a film like this is that it all goes a bit Gangster Squad. The genre we are trading in here is built in memory to the extent that it can quickly tailspin into cliché. The trailer looks fantastic and electric, but we have to hope that director David O Russell and writer Eric Singer have given us space to breathe between glossy sex, hyper-violence and slow motion disco scenes. In fact, the trailer reminded me most of Boogie Nights. It is flashy, neon and covered in hairspray but appears to suggest a sinister thread running through it. The party and the hangover. Boogie Nights does a fantastic job of this, precisely because the time is taken to show the characters and vapid, insecure, vulnerable, comic and tragic.

Early reports of American Hustle are optimistic suggesting it is at least attempting to pull off a similar. Indie Wire were lucky enough to see the first six minutes of the movie, at this years’ AFI Fest. They reported that the scene was both funny and volatile, showcasing glorious group dynamics between Cooper, Bale and Adams. Initial reports from other sources have suggested similar things – that the film will begin with a fast paced and humorous tone before seguing into darker, more personal territory in its second half.

There are many reasons to will this film to work: The collective cast, the scale and intent of the trailer, the chance of genuinely funny dialogue – oh and God knows Robert De Niro needs redemption (again), this time after The Family. Hopefully, we won’t be disappointed. Sometimes, when the right stars align, we can expect a genuine piece of art.