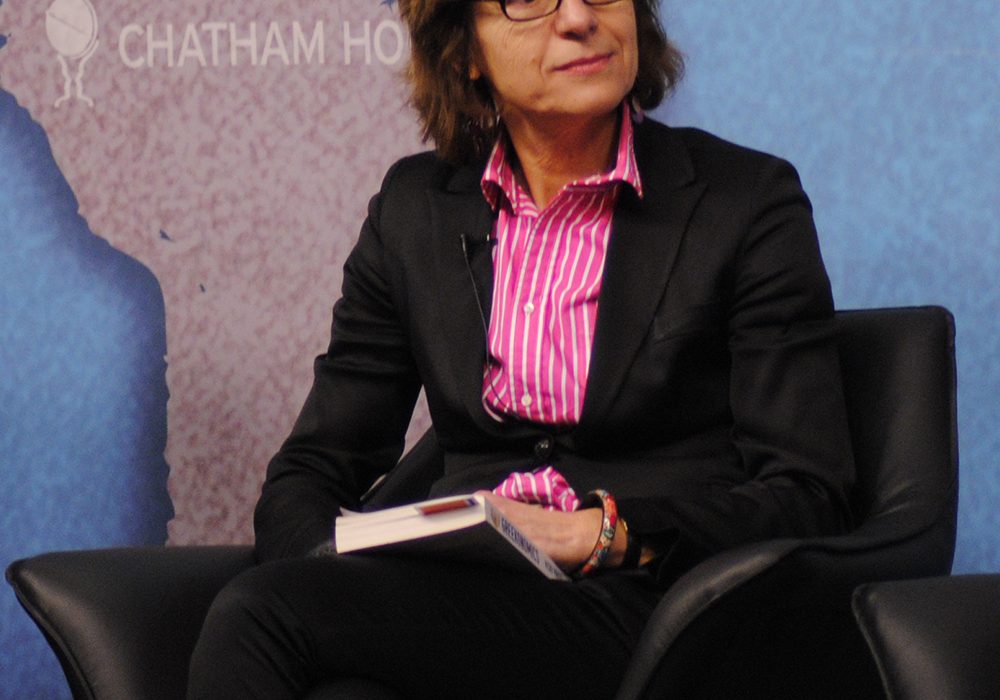 “I don’t think anyone expected me to go to prison, I was about the only who did.  I didn’t have anyone telling me what it would be like.”

Convicted in May of perverting the course of justice, Vicky Pryce was an unlikely candidate for prison.  Few expected her and politician ex-husband Chris Huhne to have been sentenced to prison for what ultimately amounted to lying about a few points on her driving license. Pryce chronicled her experiences in her new book, Prisonomics.

In not being fully prepared for prison, Pryce is hardly alone. She cites stats saying that 50% of women didn’t expect to be sentenced.

“I have met women who were in exactly that position, who were told by their probation officers and their solicitors that the chances of them going to prison was very small, so they turned up with just their handbag with nothing in it. And then were shocked, then the next thing that happens, is either; your sent straight down to the cells, assuming there’s any time to spend in there or you are taken straight to the prison.

“The only person you can talk to is your lawyer. You can’t ring anyone; you have to give away your mobile. It’s very anachronistic; it’s like going back to the Middle Ages. Once you’re there of course, you have to beg to have to make a phone call to select numbers and there’s no internet.

The worrying thing in some cases is that the woman convicted has made no long-term arrangements for her children. The Revolving Doors Agency found in a survey of 1400 women prisoners that 42 women had no idea who was looking after their children. Aside from the terrifying prospect that the children might be left on their own, it is intensely traumatic for the women entering prison.

“There is panic. In a number of cases the women would have left their children with a neighbour and expected to return in the evening. They have no contact and no ability to get anything in the next few days, in terms of anything to keep them warm and so on. It’s not very comfortable.

“It’s very difficult for the children as you can imagine. Also, sadly there are some women who don’t tell anyone anything about their children because they’re afraid they’ll be taken into care. They go away without any form of support.”

One of the most surprising things about Prisonomics was just how nice all the other prisoners seemed.  This wasn’t like in Orange is New Black where the prisoners starved Piper out (a show that coincidentally Vicky Pryce has not seen). Was she surprised by how nice the prisoners were?

“To tell you the truth I didn’t know what to expect. The moment I left the courtroom, and then got into the van to go to prison – the people in the van, the officers, another girl who was on remand, we were all in there in these separate cubicles – the photographers who were mostly men were banging their cameras against the walls of the Black Maria which takes you across to the prison trying to pictures of me through the cubicles. The interesting thing was that the Serco staff in there and this girl were so sympathetic. I realised there is a solidarity there and I found that in great measure once I got into Holloway and then again in East Sutton again.

“It wasn’t just for me, because of course I was well known. But, everyone who was coming in also was given a huge amount of help. It wasn’t just me they nice to.”

“The difference was black and white. I had no idea what open prison was about. I assumed you had slightly more freedoms . But I wasn’t expecting to go to a place in the middle of the country in an Elizabethan country house, with huge grounds around it, no fences, no lockups.

“People were running around doing their own thing. People didn’t have a cell; they had a room they shared. It was how I imagine a boarding house to be, not that I’ve ever been in one.”

Pryce reaches some radical conclusions, she argues that the vast majority of women prisoners shouldn’t be behind bars and that community sentencing is a better alternative. One of the many problems with Britain’s prison system is its inability to deal with drug addiction.

“A big percentage of prisoners do drugs for the first time while in prison.”

Many women who enter prison either have serious drug problems or suffer from mental illness. For instance, 37 per cent of women sent to prison have attempted suicide at one point in their lives, while just over half of female remand prisoners were addicted to drugs in the year before entering prison. Is prison really the best option in these cases?

“I seriously think that turning a prison into an amateur psychiatric unit, which happened in Holloway and happens elsewhere is a mistaken policy. Women on drugs are not necessarily responsible for what they are doing. They should be possibly treated in residential establishments for their particular problem or dealt with by the various women’s centres where are there are actually courses going on, instead of going to prison and being given Mephedrone.

“That’s not really what prisons were meant to be there for, and they’re frankly a huge strain on the prison officers and everyone else around them. “

When the topic of short sentences comes up, Pryce is scathing. Do they serve any good to society?

“I presume they make people happy that some action is being taken, the Daily Mail readers feel satisfied. But of course, they come up out and reoffend quite a lot. I’m not in favour of making sentences any longer, I’m in favour of not sending anyone who would get short sentences to prison, particularly mothers, when there are other ways of dealing with it.

“Community service and community orders are much cheaper and they have a better record in terms of reoffending. I mean they are hugely cheaper, they keep people in close with their families and they allow therefore integration to happen much more easily. It’s a no brainer really.”

But is community service an effective deterrent?

“All the studies suggest that prison is not a deterrent for crime. So if prison is not a deterrent, you might as well use something that’s cheaper. In terms of deterrence from crime, the greatest deterrent is the likelihood of being caught. It’s not the length of the sentences; it’s the whether you expect to get caught. Most criminals commit crimes because they don’t think they are going to get caught. People generally do not get caught. Targeted policing is a better deterrent than anything else. “

Britain puts more people in prison per 100,000 than any other country in the west bar America. Why is the prison population so large?

“What has happened is that sentences became longer. Particularly during the end of the Major years and the beginning of the Labour period when they were getting tough on crime and wanted to be even tougher than the conservatives. The whole climate changed and there were longer sentences and many more things people did were classified as offences. We saw a doubling of the prison population in 20 years. If we went back to where we were we’d save huge amounts of money.

“People try to link the reduction in crime to the increase in the prison population. But the correlation doesn’t work that way, we are putting more people in prison even though crime is going down.”

So how do we make prisons work?

“I think education and employment are two of the most important things which have the greatest return in terms of value for money. My view is that the cost-benefit analysis has not been done yet in government. Helping people find jobs and taking away the stigma of being convicted would be the biggest contribution to society. It would reduce unemployment and reduce the rate of re-offence.”

Vicky Pryce’s book Prisonomics, published by BiteBack Publishing is out now and available in all good bookshops. Royalties from the book will be donated to Working Chance a charity that helps former women prisoners find work.