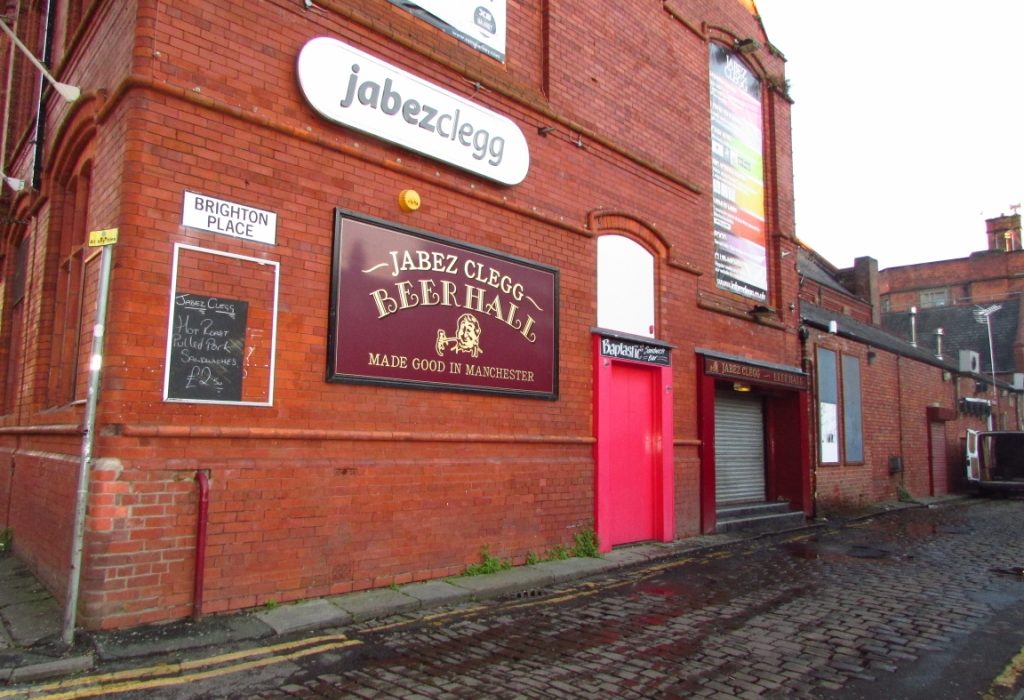 Jabez Clegg closes after being open for 22 years under the same ownership. Photo: Sean Doherty

The former home of the controversial BOP club night, prior to its move to 256 in Fallowfield earlier this year, officially closed for business on Monday after being open under its ownership since 1991.

Hale Leisure Group, the owners of the site who also own The Thirsty Scholar, were granted planning permission by Manchester City Council to convert Jabez Clegg into 79 student apartments. However, it is believed that they were unable to find a developer willing to buy the venue and instead it was sold to the University.

A representative from the University has confirmed that the building was purchased as part of the £1 billion Master Plan, a ten year investment plan which aims to create a world-class campus at University of Manchester, a move which will include the integration of the sites which currently form North Campus into the main campus.

Although it is likely that Jabez Clegg will be part of a proposed biomedical campus in the area, there has been no decision made as regards its specific purpose.

Jabez Clegg confirmed the closure early on Monday morning as they posted a message on Twitter, “The rumours are true – I’m sorry to say we’re closed indefinitely. Good luck to all our friends. PEACE OUT.”

The XS Malarkey comedy club, a night which was based in Jabez Clegg, is currently seeking a new home. Although the banner on their Twitter page reads, “Currently homeless…” they have posted, “We’re not closing down, it’s just our venue. We plan to be back better than ever in 2014 :)”.

The news of the closure came as an abrupt shock to some of the staff. Krystie Kate Norcliffe, former employee at Jabez Clegg and a second year English Literature student at the University of Manchester felt that the venue’s shutting down on Monday was a sudden surprise.

“I have no choice but to look for a new job, I live permanently in Manchester now over the holidays as well as term time and I cannot afford to live here on my student loan alone.”

Krystie was told that while the owner of Jabez Clegg would attempt to find the staff jobs in other sites owned by the Hale Leisure Group, such as The Thirsty Scholar, that there were currently no jobs to be had. The staff received redundancy pay amounting to a week’s worth of wages as well as any holiday pay or wages that they were owed.