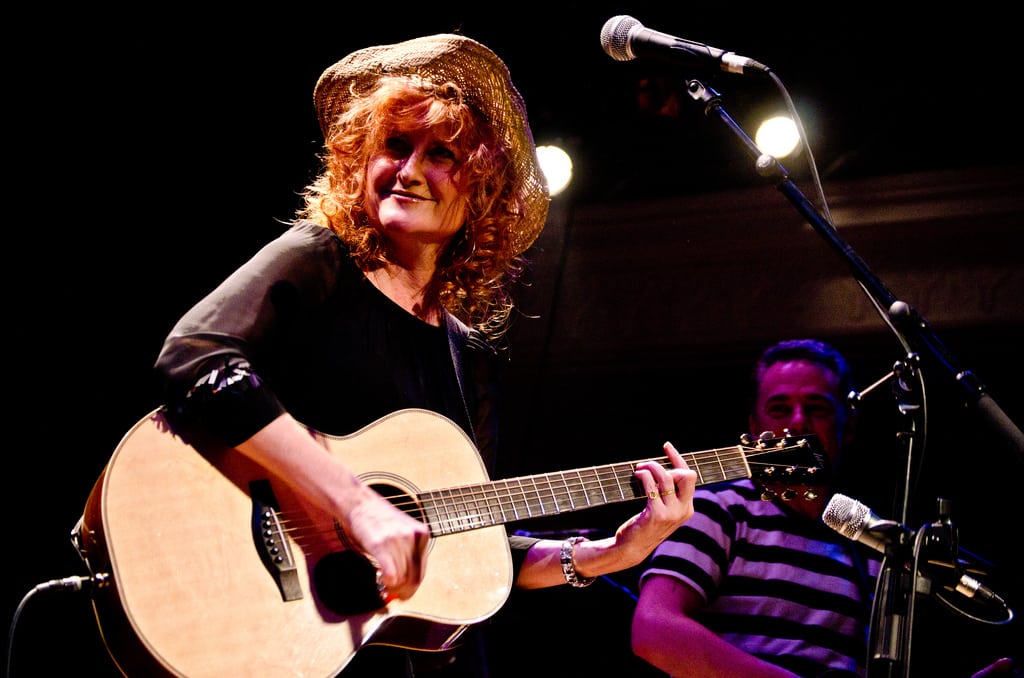 Seeing Scottish singer’/songwriter Eddi Reader live for the first time promises to be a fascinating experience and the small theatre at the RNCM also allows it to be an intimate one.

We are first introduced to her warm-up act, Irish singer/songwriter Kieran Goss, who performs several simple yet pretty songs. ‘That’s What Love is For’ is particularly nice.

Eddi and her band enter to cheers. She addresses the crowd with affection and charm, telling lengthy and endearing anecdotes before every song. She is so sweet and earnest, it is impossible not to be entranced by her personality, let alone her musical talent – and that talent is striking. She and her band are a smooth outfit, completely in tune with one another. Her voice is sumptuous, and she loses herself in every song, letting it take her over, often dancing with contagious passion.

‘Dragonflies’, a popular choice in the house to judge by the noise when she announces it, is particularly lovely, as are ‘Galileo’ and ‘Married to the Sea’. The latter, about a man asking the sea to be his wife, is not only gorgeous but an interesting experiment as it was originally written and performed by a young man, Declan O’Rourke, and as Eddi herself says, it’s interesting to hear it sung by a middle-aged woman, the voice of the sea.

She performs her best known song and crowd-pleaser ‘Perfect’, yet the night without it would have been equally good. Her biggest hit isn’t needed to make the show complete, and I think that says worlds about her as a performer.

I meet her after the show and she is lovely. I feel privileged to have encountered this unique person, voice and attitude to life and music.