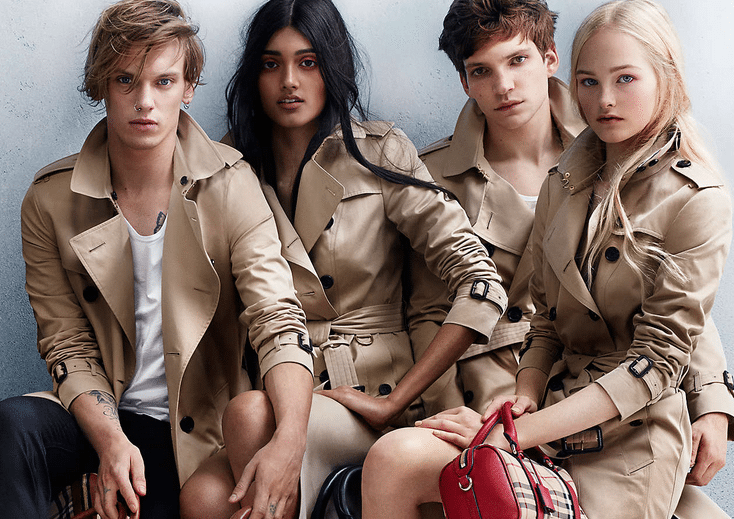 Move over Cara, this 18-year-old from Coventry set to be the model of 2014. With those class-cut cheekbones, long luscious locks and envy-inducing eyebrows what more could you want? Johal demanded our attention when she stormed down the runway for Burberry in September wearing an elegant pastel blue lace ensemble and red sandals. On top of this she has been revealed as one of the latest faces for Burberry’s campaign, making her the first Indian model ever to be featured in Burberry fashion campaign. Her success should be an inspiration to other Indian women trying to make it in an infamously harsh industry.

She’s been deemed the new Henry Holland with her ‘tongue-in-cheek’ prints and refreshing styles. The recent graduate from Westminster University wooed everyone from Vogue to Wonderland in her A/W 2013 shows. She has also just launched a jewellery line with her good friend Pixie Geldof (as you do) called ‘FunkyOffish’. She explained that the phrase implied “an alleged humorous style mash up, but it can also be employed to describe the unexpected cool of anything and everything: from an old snap of Chloe Sevigny playing guitar in a circus leotard through to next season’s Chanel backpack”.  Their gold jewellery ranges from earrings to necklaces with a vintage feel and seems to be just the beginning of what we have to see from Williams.

This star of Steve McQueens 12 Years a Slave star has not only wowed us with her incredible performance, but with a string of style YES’s on the red carpet she has started the year as our style icon of 2014 – a position I can’t see her losing. The 30-year-old actress commanded our attention at the Critic’s Choice Awards in a custom Calvin Klein white dress creating a clean-cut silhouette and leaving the other stars in her shadows. She showed us she wasn’t afraid to experiment at the Golden Globes while wearing a red Ralph Lauren dress with an eye-catching cape. With 12 Years a Slave being her first acting job since leaving Yale School of Drama in 2012, this can only be the beginning of our relationship of envy and adoration with Lupita and her wardrobe.