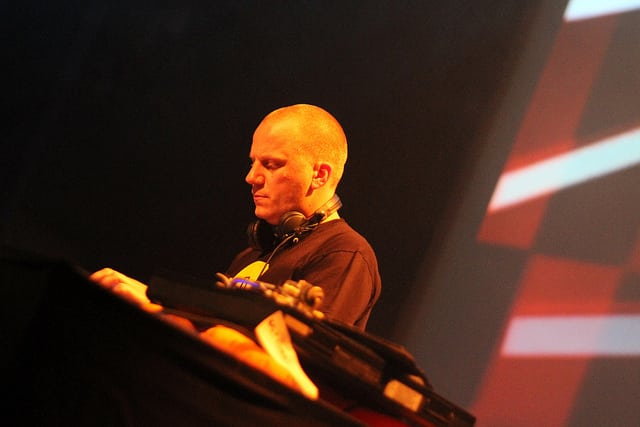 With so many longstanding parties running across the city it can often be difficult for new promoters to establish themselves in amongst such a sea of competition. One way to make yourself standout is to nail your bookings and Lo-Fi – Manchester’s latest techno offering – certainly managed this with the announcement of Swamp 81 stalwart Boddika as guest selector for their launch night. Equally renowned for his solo work, his collaborations with Joy Orbison and for the careful curation of his Nonplus label, Boddika is one of the most respected figures about and so a chance to see him in the intimate confines of Joshua Brooks wasn’t one we were going to miss.

The Lo-Fi residents were more than capable of getting bodies moving, working through a set dominated by punchy percussion and big basslines – the filtered euphoria of Damiano von Erckert’s “Housem” proving a notable highlight. With the crowd suitably warmed up, Boddika took to the decks. Although apparently suffering from illness on the night this failed to hamper his performance as he delivered a typically abrasive set of pummelling techno to the packed out Joshua Brooks basement. While in the past the Joshua Brooks sound has suffered from being too quiet, there were no such problems tonight with the system seemingly tailor made for the take-no-prisoners techno unleashed. Including a healthy dose of his own material such as ‘Mercy’ and ‘Heat’, Boddika proved adept at raising energy levels in the room. Arguably the biggest reaction of the night was reserved for ‘More Maim’ – his latest collaboration with Joy Orbison – which sent the crowd into frenzy as it was expertly mixed out of Matrixxman’s equally banging “Protocol”. All in all the night was a resounding success and, given the equally impressive booking of Surgeon for their next event on 8th March, it looks like there’s a lot of life left in the Lo-Fi locker.