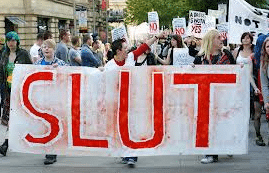 Being dressed sluttily, sexily, provocatively, whatever you want to call it, has for too long been used as an excuse for the disgusting, but all to frequent occurrence of men sexually harassing women. One of the most famous examples of this was when a Canadian police officer, Constable Michael Sanguinetti suggested that in order for women to remain safe “they should avoid dressing like sluts”. This kick started a global campaign called SlutWalk in which participants protest against explaining rape by referring to any aspect of a women’s appearance. According to SlutWalk Manchester “We are tired of being oppressed by slut-shaming; of being judged by our sexuality and feeling unsafe as a result. Being in charge of our sexual lives should not mean that we are opening ourselves to an expectation of violence, regardless if we participate in sex for pleasure or work, or if we choose not to have sex at all”.

The University of Manchester has recognised this is a problem and as a result has launched the We Get It campaign. This campaign seeks to spread awareness for the fact that sexual harassment happens on campus in everyday situations. The campaign urges people to take a pledge that they will stand up against and report sexual harassment whenever they see it. The campaign has also launched the must-have accessory for this Spring, a We Get It wrist band which every person who takes the pledge will receive. Sign the pledge at wegetit.nationbuilder.com and get yours!