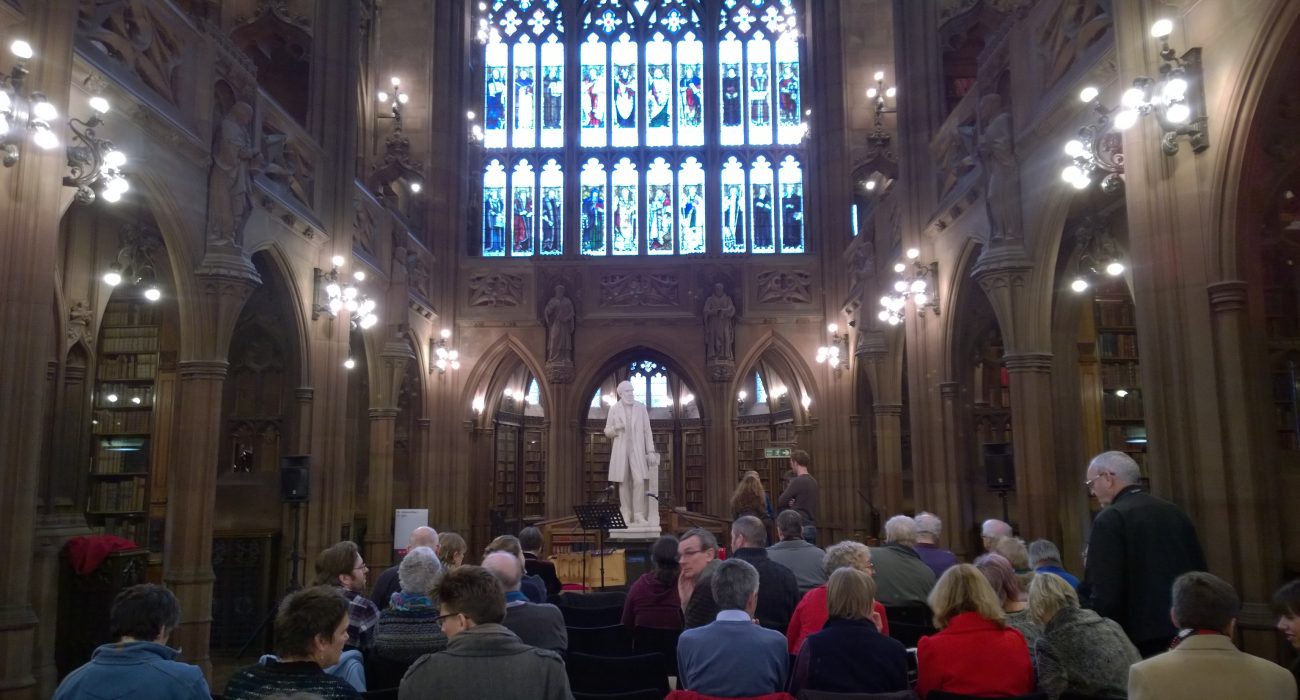 The first poet, Jo Bell, was an archaeologist for 18 years and lives on a narrow boat (she’s the Canal Laureate). As a result, her readings were of poems based around those two subjects. However, do not be mistaken, her work was not entirely quaint and rosy. For every piece which was calm and content, there was another which used language probably not suitable for a public event at three in the afternoon. But it certainly went down well. One poem with fire in its belly was that of “Ducks and Gang Rape”. I’ll leave that for you to ponder. An overall humorous person, she showed that poetry really could be about anything you wanted.

Grevel Lindopp, the second poet, had a very different style. His work was incredibly descriptive and at times very serious, none more than when he was describing the feeling of being alone at night. He relaxed towards the end of his time on stage, even though he used his last poem to exorcise and banish a supposed ghost from the reading room itself. You could tell he really put his soul into his poetry, painting vivid mental pictures which let you into his work.

Chris Davies and Beth Allen were the players. They performed music which was based around the theme of “breath”. This abstract concept was achieved through the use of several instruments including a glockenspiel and a saxophone. But none of the instruments were as effective as the simple act of breathing itself. These works reminded me of carols, which worked incredibly well in our gothic location, an effective “cathedral of literature”.

It was an enjoyable afternoon, being treated to live readings of the works of experts and is something I will definitely do again. Poets and Players takes place every month, the next event is the 8th March at John Rylands in Deansgate.