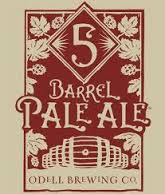 The continuing odyssey of the craft beer revolution

‘Craft’ when prefixing the word beer means one thing for certain, and that is that it has a hefty price tag, but it does also mean, for the best part, that you’ll be getting a quality beverage too. Craft has also become synonymous with the great United States of America and so the justification is that once the imported rare batch of nectar from deep in Appalachia has reached our shores the price will go up, and this is fine; a rare imported wine, liquor, cheese, or cured meat all have the prices inflated to compensate for being couriered from the four corners of the world to our plates and chalices.

Now however, craft beer has become just so popular that it is available almost everywhere, including the supermarket. I stand besides Brooklyn Lager and Sierra Nevada as still excellent example of American beer that is rich and deep in flavour—but these high quality brews are now regular, everyday beers, easily accessible to be enjoyed on a thoroughly regular basis. In fact it is hard to avoid these beers now in bars, and since these are now firmly set in our beer zeitgeist, we must now push the boundaries further and become even more adventurous. Goose Island, though still delicious, is no longer rare and exotic, it has since become permanent on our landscape, and so we must push the boundaries and not settle for this, though undeniable excellent, staus quo.

So, what is out there and what is really quite different and is still genuinely micro in its brewing?

5 Barrel Odell is sophisticated and classy, and for me, the best beer in the world. It is a pale ale of the highest calibre; hoppy, fresh, and balanced with an intoxicating fruity bouquet but not over powering like Brew Dog per se. Don’t just take my word for it however, last year 5 Barrel won Gold in the Classic English-style Pale Ale division of the 2013 Great American Beer Festival Awards. All the way from Colorado, Odell beer in general, but especially 5 Barrel is the most sensational pale ale experience, and I urge you to indulge.

…And now for something completely different. Maui Coconut Porter really is something different, and delightfully so. This comes in beautifully decorated cans (and cans, unlike glass, keep light totally out and thus prevent the destruction of the organic compounds in beer that deliver flavour) and Maui Coconut Porter delivers flavour on so, so many levels. Though a porter, and of course full bodied, it is not too heavy or thick and makes for year round drinking. Coconut, though certainly present on the nose and palate, is not overpowering or artificial; the beer is evocative of smoky and toasty notes that come from the roasted malts and I think I sense a little dark chocolate and coffee too. There is no doubt this is a complex beer, something to savour, but it is worth every penny.

I must concede though that these beers are not probably the best session ales; I mean supping coconut porter all night would be some heavy going. So I have endeavoured to find beer that still has all the complexity and flavour a quality craft beer but can be consumed by the bucket load.  The good news is my choice here is the most widely available of this selection and is truly a world class beer. Behold Anchor Steam Beer, a Californian king, and at 4.9% you won’t be falling asleep (or into the urinal) after have five too many.

Amber in colour, the lager-like aroma, mild carbonation, and crisp dry finish makes this just so quaffable. There is also a smidgen of sweetness—the hops aren’t too bitter and the medium body leaves quite a smooth roundness. I think if you want a high class, complex, craft session beer, stay on the Anchor Steam.

To embrace the beer of the new world, here are a few stockists spread across the city; Port Street Beer House in the Northern Quarter, the Micro bar in the Arndale, Carrington’s in East Didsbury, and even Fallowfield’s very own Fallow. Happy drinking.