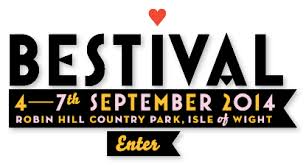 Famous for their live shows which have to be seen to be believed, Major Lazer are without doubt one of the must-see acts of Bestival this year. Diplo crowdsurfing in a zorb ball, champagne being sprayed into the crowd and thousands of people with their tops off and swinging above their heads are all normal sights at the circus-like performances by Major Lazer. The trio – led by world-renowned DJ and producer Diplo, alongside Jillionaire and Walshy Fire, use their electro- and dance-driven take on Caribbean sounds to create a carnival wherever they may be and will be sure to have the Bestival crowd jumping whatever the weather.

On the Saturday night the RBMA stage will be taken over by ‘Tropical’ – a musical concept run by JME (CEO of UK collective Boy Better Know) showcasing the sound of grime music alongside uk bass. With grime scene stalwarts JME, his brother Skepta, Logan Sama, Elijah & Skilliam, Slimzee and Plastician all featuring on a bill that reads like a who’s who of grime music, this is sure to be an interesting and incredibly rewarding aside from the usual music found at UK festivals. It will be exciting to see how grime translates to a festival stage but i have no doubt it will do so successfully, especially since the lineup is bolstered by UKG legend DJ EZ and man-of-the-moment Preditah with brother C4 on microphone duties.

Jackmaster and Oneman present ‘Can U Dance’

Following a sensational show at Parklife Festival that I was lucky enough to bear witness to back in early June, along with a small number of other festival shows including Exit Festival and the spectacular ‘Essential Mix’ aired on BBC Radio 1 live from Glastonbury, Jackmaster and Oneman once again join forces on Thursday, headlining the Numbers (glasgow-based label run by Jackmaster and co) takeover on the RBMA stage. That ‘Essential Mix’ can still be found on soundcloud and comes highly recommended. The mix perfectly encapsulates the raucous mixing, high tempo and varied selection that traverses multiple genres and styles – all things we have come to expect from two of the UK’s finest DJs and tastemakers in their own rights, but things which seems to increase exponentially when they are combined to present Can U Dance. This may well be set of the weekend.

A must-see list wouldn’t be complete without a headliner, and this year hip-hop supergroup Outkast will grace the Bestival main stage on the Friday night. Comprising Andre 3000 and Big Boi, who have both also achieved acclaimed solo careers, Outkast are back to deliver their signature take on hip-hop after 8 years apart. Expect soulful, singalong choruses and hooks from Andre 3000 broken up by gritty but fun rapping from Big Boi. Songs such as ‘Ms Jackson’ will undoubtedly have the entire crowd singing the words straight back to the stage, hands aloft. One potential worry is that hip-hop can sometimes translate badly to huge outdoor stages, with sound often being a problem. However previous experiences at Bestival suggest the soundmen are more than capable of tailoring the speakers to rap acts.

Last year ‘The Port’ was the standout stage at Bestival. A 100ft boat with a booth cut out of the middle, adorned with dancers, a killer sound system and enough lights and lasers to induce epilepsy. Bestival announced the stage’s return this year with some of the biggest names in dance music billed across the three days it is running, however one name slightly further down the list on the Saturday is sure to provide a highlight of the weekend. Bicep are a Northern Irish duo whose productions range from deep-disco collaborations with Simian Mobile Disco to heavy techno bangers to euphoric, hands in the air house records. Whatever time they play and whatever flavour of set they provide, Bicep will no doubt be met with huge appreciation by the crowd and the stage will only add to the whole experience.