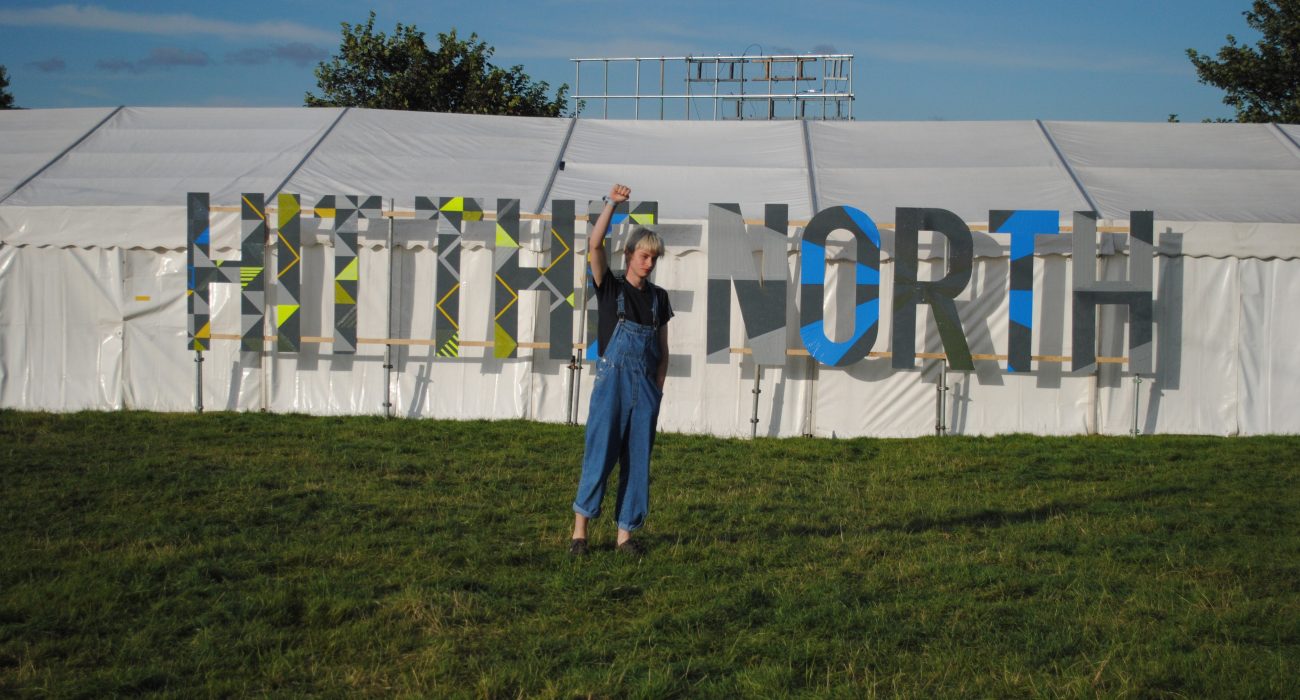 Despite an impressive tally of musicians, you would be forgiven for arriving at this year’s Beacons Festival in a tentative mood. Weather warnings were in no shortage, as the remains of hurricane Bertha struck across the British landscape, whilst the arena scale was surprisingly slender. Yet festival spirit prevailed, as musical eminence and Yorkshire ales, along with tea, arts and wellies ensured a festival well worthy of attendance.

The festival hosted an impressive cross-section of musical genres, as well as a varied selection of arts. Following the firmly well produced album Immunity, Jon Hopkins produced one of the weekend’s most vibrant sets. His big beat, steel-bending sounds could easily have descended into chaos, but they remained refined and coupled with crystal-clear ambient breakdowns produced an impressive set. Although the accompanying inflatable balls initially created a playful atmosphere, the fun wore off as tall crowd members, myself included, became lightning rods for the spherical pains. Daphni also shaped a delightful two hour set and happily waded through a range of genres, each to the joy of the crowd. His single release of ‘Can’t Do Without You’ under alternative moniker Caribou has certainly set the tone ahead of his upcoming Our Love album. The gentle, atmospheric bells of Four Tet’s ‘Human Once Again’ also made an appearance, as tender female vocals calmed the Resident Advisor stage with one of the mellow tracks of the past year.

Live performances came in contrasting forms, as Daughter calmed the Friday night in deep breaths, whilst Metz and the Fall bombarded the remaining weekend. Leeds’s own Nightmares on Wax drew in the crowd, but whilst the drummer may have been in time, the beats coming through the speakers were more intricate and far crisper than his actions suggested. Despite this, their hip-hop grooves were entertaining.

The Sunday main stage was rounded off in what can only be described as stereotypically Jaar-fashion. Darkside have entranced audiences across the world this past year, as their live show has surpassed the quality of Psychic. Make no mistake the album is to the highest calibre, but the live combination of Jaar and Harrington expands on the album’s footing to create a body of music that inhales, tastes and feels its way into the audience. No doubt, Darkside would make a worthy round off to any festival.

Make no mistake: Beacons was a festival in an all-encompassing sense, as diverse cultures of food mixed with the pale, brown and golden ales of Yorkshire. Late night French cinema, as well as The Simpsons and Fear and Loathing also allowed for comforted ends to each day. Greater capacities in these areas would make for an improvement next year, but although the festival was small, quaint even, it allowed for ease of access both to and within the arena. Where one could traverse a major festival and seemingly never find the end, Beacons’ rugged arena reflected efficient planning. Where Beacons was small, it made up for in its kind and pleasant atmosphere. No doubt, the festival blues will have set in, as we look forward to future escapades in North Yorkshire.