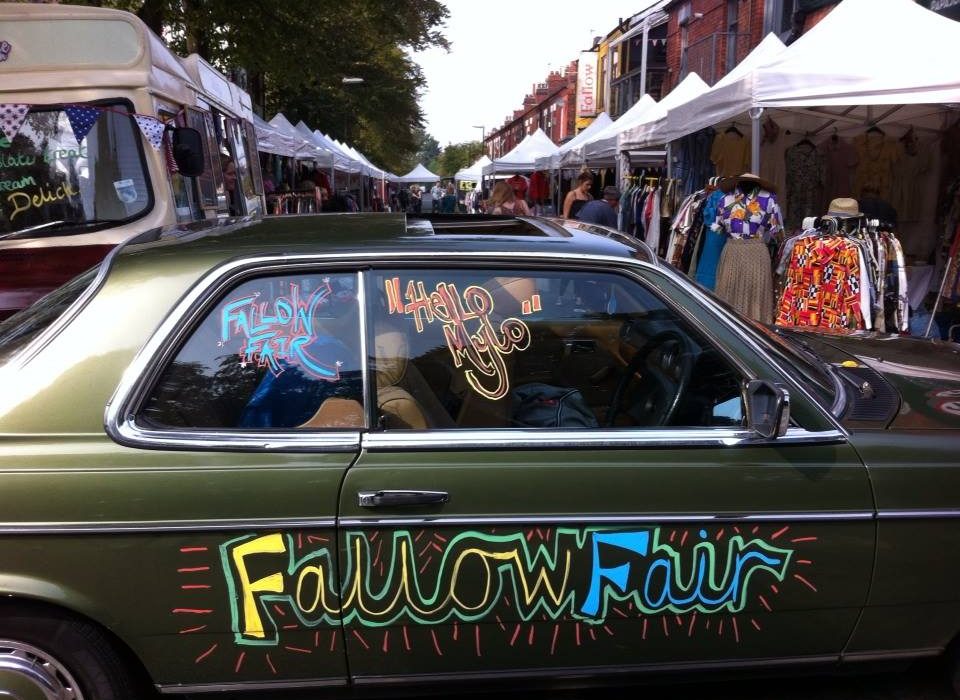 Fallowfield gets Creative with the Fallow Street Fair and Oxjam

Last week, Fallowfield revealed itself as a creative hub for three days when Oxjam Manchester Takeover merged with the Fallow Street Fair to host a boutique market for the local community.

Alexandra Violet-Saunders and Mark Fletch Henderson together organised the Fallow Street Fair, a market selling vintage clothing, jewellery and food all from local produce. Violet-Saunders, who worked on the social media and marketing for the fair, said it aimed to “bring the Fallowfield community together”.

Susie Witham, business owner of Hot Mess Vintage, hosted a stall at the fair selling her brand’s clothing and described the event as “a platform for small businesses “. Speaking to The Mancunion, Witham explained that most enterprises need to start small and find suitable places to launch their products, highlighting the fair as an apt opportunity for marketing and promotion.

As a whole, the Fallow Street Fair had a friendly atmosphere with a colourful array of stalls and enterprises. Zara Khalique used the opportunity to sell her products from Keep It Bright, using fashion and design to promote positive messages. Amy Win catered for the fair with her social enterprise food stall, 4 Lunch, selling light salads whilst mentoring young homeless people about business and employability.

The Oxjam Manchester Takeover provided DJs and music at the fair throughout the day and hosted music events in the evenings at Fallow Café. Alexandra Violet-Saunders said that Oxjam promotes up and coming artists by giving them a platform to perform, donating the profits to Oxfam.

The manager of Oxjam Manchester Takeover, Lisa Murgatroyd, a former Mancunion editor, said “Oxjam is the annual national initiative where volunteers run gigs and festivals as part of a fundraising drive for Oxfam”.

Oxjam Takeover Manchester will host an event on the first weekend of October, Saturday 4th and Sunday 5th, which Murgatoyd says will “be taking over 10 venues in the Northern Quarter for a weekend of music ranging from indie to pop to hip hop and everything in between”.

This year, the event is said to be “teaming up with TOMS and local artists that are part of Generic Greeting Collective to celebrate multicultural Manchester”.

Advanced tickets are available online at bit.ly/oxjammanchester for £10. Oxjam are also on the lookout for volunteers to help run the event, bringing the Manchester community together and giving back to society.