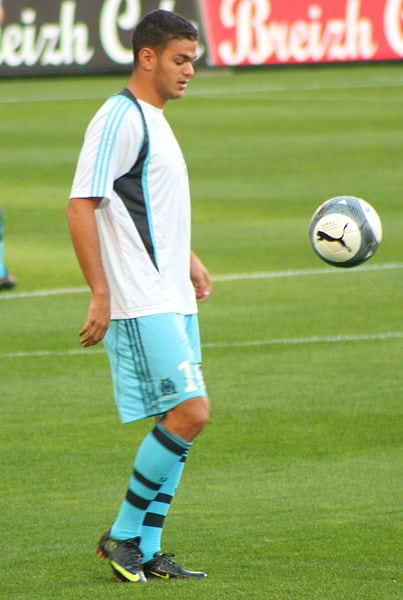 Nostalgia seems to be the in fashion at the moment. Many now opting for retro shirts over the latest mass produced shirt with giant sponsors. Perhaps this is because everything looks better is retrospect. The reason that everything does, simply put, is because when you look back at a fond memory you only remember the good bits, not the bad bits.

No one epitomized this more so than ‘This Morning’ presenter Eamon Holmes over Twitter after the news emerged that David Moyes had been sacked. The lifelong United Fan tweeted his longing for all the greats of United’s past to get involved in the team again, citing he wanted Nicky Butt, Scholes, Beckham, Neville to be part of the coaching staff.

His request was, of course, ridiculous. But he presumably wasn’t alone in his desire to have any player who ever scored a goal for Manchester United back at the club. He just wanted things to return to easier times, Fergie times.

In recent times, however, Manchester United’s fixation with replicating the ‘Fergie’ era and the ‘Class of ‘92’ is stopping them from progressing.

For example, the appointment of Moyes as the ‘Chosen One’, the son anointed by Christ incarnate himself was in reality the first step to his downfall.

He wasn’t selected for his merit, how could he have been?

Instead he was selected on recommendation. He clearly wasn’t the best candidate for the job when Mourinho and Klopp were presumably waiting in the wings. The reason these men weren’t selected was simple. Manchester United couldn’t have anyone who would implement a new system and eclipse the memory of Alex Ferguson so quickly, whereas Moyes was seen as continuation.

The modern football club, however, can’t be run on a philosophy of gung-ho tactics of a charismatic Scotsman.

The appointment of Louis Van Gaal is a step in rectifying this problem, however, the lingering presence of Ryan Giggs is still a sign that there is work to be done. Kluivert, one would have thought, would have been the suitable replacement for assistant manager role at Manchester United, having previously worked with Van Gaal during a successful spell with Holland.

Instead, they have Giggs, who, as far as I can see, is there simply because he has played for Manchester United for a long time.

United’s activity in the transfer market also signified a change of pace for the team who weren’t willing to buy success, and a team that was desperate to nuture home grown players as they broke the British transfer record for Angel Di Maria as well as signing Falcoa before shipping out two home grown players in Tom Cleverly and Danny Welbeck.

Ben Arfa is now being used as a poster boy for the ‘revolution’, and is the catalyst for renewed anti-Pardew/Mike Ashley zeal.

This was notable at the match against Crystal Palace when a Che Guvara style poster of the Frenchman was unfurled with the word ‘HOPE’ printed below it.

The actual contribution of the player, however, can be debated. Some say he was a luxury player that a mid-table team, some say he was one of the most naturally gifted players in the Premier League.

Either way, one of the most promising players to ever emerge from the Clairefontaine academy never proved throughout his career that he was capable of maintaining his sometimes mesmerizing form as even in his league winning seasons with Marseille and Lyon he was in and out of the team.

He had a series of disciplinary offences to his name that ultimately cost his place in the Newcastle team, which as a whole are curiously ignored by the fan base, however, because he took to social media to register his love for the club, all was seemingly forgiven by the Toon Army who are now calling for the manager’s head after a 9th place finish in the Premier League last season.

Football is desperate to return to a simpler, better time, I understand that as much as anyone.

Nostalgia is the only conceivable reason I can see for the longing to return to the standing in many English clubs. There is little financial benefit, there are overwhelming safety concerns; yet when you stand at a football match, you feel more like you’re watching a game of football.

For Manchester United fans it is easy, they want to win again. Newcastle, on the other hand, wants flamboyant French wingers and exciting players to replicate ‘the entertainer’ squad of the 1990s.

Every fan up and down the country has an era they wish they could relive, and very few will pick the season they finished 9th, rather they pick the times when they were exited and in love with the club.

However, this longing for the past shouldn’t defer progress.