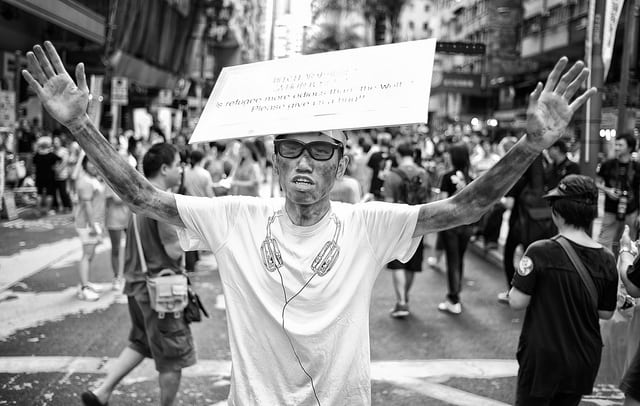 Politics and Students of Today

A point was raised in a book I was reading, a nonchalant point that was quickly passed over but nevertheless made me think a little about its validity. Is politics less important to students of today?

We’ve seen the traditional relationship between students and politics through history. The Vietnam war inspired thousands of students to condemn and oppose America’s involvement in the war but why are Manchester streets lacking this type of action when serious events are happening around the world such as the Gaza and Israel conflict?

Is this because of a general lack of interest in world issues or is it that people are getting their messages across through different ways so an old fashioned protest is pretty much a wasted effort?

If you’ve been on the internet for long enough, it’s definitely not hard to find someone ranting about something and this sparking debates and arguments. Maybe the reason that students are not as much out there as inside is that modern creations such as social media have become a very useful tool for getting thoughts across, something that was missing in the 70s. A status update on Facebook is easily done and the ability to comment on that status means that people exchange their opinions in a simpler and easier way. Furthermore, with Twitter, hashtags can be used to promote focus on certain topics. Just because interest in politics may be more online-based, it doesn’t mean that it lacks influence.

There can also be the point that students are, arguably, a lot more cared for than our parents were as students. Living as a student and not having a necessarily easy time can increase empathy and a desire to change a situation. Student Life said that universities now are focusing more on the quality of student living therefore the relatedness to tough situations may be decreased.

Then again, there may be a lack of interest. Universities have became open to a more diverse group of people over the years, which means that people have different interests, and things they feel passionate about. Also, with many different degree programmes being introduced, a student’s focus tends to be restricted to that area so politics may not be such a dominating thought.

The Huffington Post found that the majority of students spend 30 minutes or less following political news over a three day span and that while students do read about politics, they don’t really engage with or discuss what they’re reading.

I’m not sure how I would have approached politics in the 1950s. I’m not someone to bring up a political topic just for the sake of debating about it, but I think that’s just the type of person I am and nothing to do with the time I’m in. There may be just more people like that nowadays.

Is it an issue though? I don’t think so, people aren’t keeping quiet about what they stand for or what is happening in the world, the development of the internet has simply improved the ability to share opinions. It may even be a good thing since it can allow people who are more shy and reserved to get their point across in a less confrontational way. A debate is healthy, but it can easily escalate to something personal and by removing that face to face confrontation, you are able to set out what you think and move on once all that’s needed to be said is said.