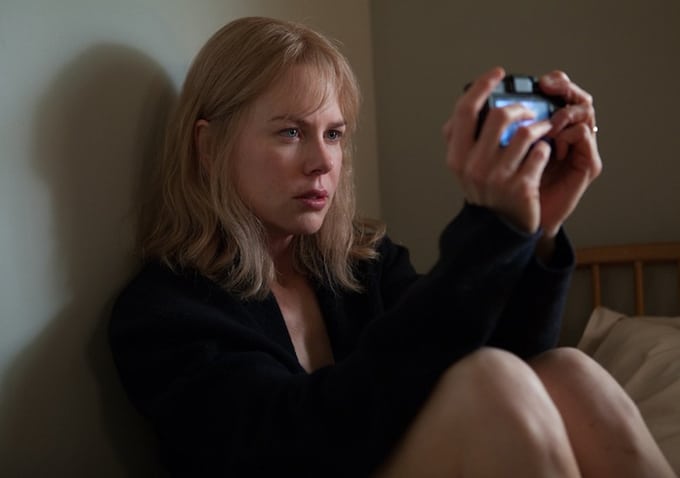 Few things can make a passionate lover of cinema’s blood simmer more than when a filmmaker wastes a great premise. What’s even worse is when it happens so often in such a sort space of time. Transcendence managed to be guilty of this abominable sin earlier this year, and now Before I Go to Sleep has managed to continue this beastly trend.

The movie tells the story of Christine Lucas (Nicole Kidman), who wakes up every morning not knowing where she is or what has happened. Her husband Ben (Colin Firth) informs her each day that she is an amnesiac who, for the past few years, has forgotten everything about her life every time she goes to sleep. She also keeps on getting calls from a scientist (Mark Strong), who claims to be studying her memory patterns while trying to cure her. Not knowing if she can trust anyone, Christine seeks to find any possible way to keep a track of her life while attempting to establish the truth about her condition.

I expect that any self-professed connoisseur of cinema will likely be quick to spot the plot similarities between Before I Go to Sleep and Christopher Nolan’s 2000 masterpiece Memento. I also anticipate that absolutely no one would walk in to a cinema with this in mind and expect Before I Go to Sleep to be any better. And, inevitably, they’re not wrong. Before I Go to Sleep is one of those cinematic ‘remakes’ that seemingly forgets what made the original great in the first place.

The main problem that Before I Go to Sleep has that Memento avoided is it’s inability for us to connect with the central character. When Christine wakes up each morning, she’s forgotten everything—we, the audience, have not. This results in a tiresome sequence of frustration inducing moments when we are forced to endure halts in the narrative to allow Christine to catch up with us.

Christopher Nolan solved this problem in Memento with his genius handling of the film’s ‘backwards’ narrative. Before I Go to Sleep seems all too aware of the fact that it’s standing in Memento’s shadow, which I assume is why they chose to follow a more conventional narrative pattern. I don’t think I need to elaborate as to how big a mistake that was.

While I’m not trying to spoil the plot for readers here, I think it’s a fairly safe assumption that any viewer would expect a large number of plot twists in a narrative like this. If you were switched on enough to make such a causal leap, then you’re in luck, for Before I Go to Sleep has what can only be described as an abundance of such plot devices. Again, this is where the filmmakers were trying to be too clever for their own good. While there are one or two effective rug-pulls, most of the occasions in which they try to trick us are so obvious and/or so insignificant in the broad scheme that by the time of the final reveal, we just don’t care. We know not to trust anyone, and therefore we don’t root for anyone either.

For all the promise that Before I Go to Sleep had with its interesting (albeit familiar) premise and its stellar cast, it pretty much manages to define a missed opportunity. If there’s one thing I love the most about this movie, it’s the irony that a movie about memory loss manages to be so forgettable. I’m guessing this irony wasn’t intentional, though.