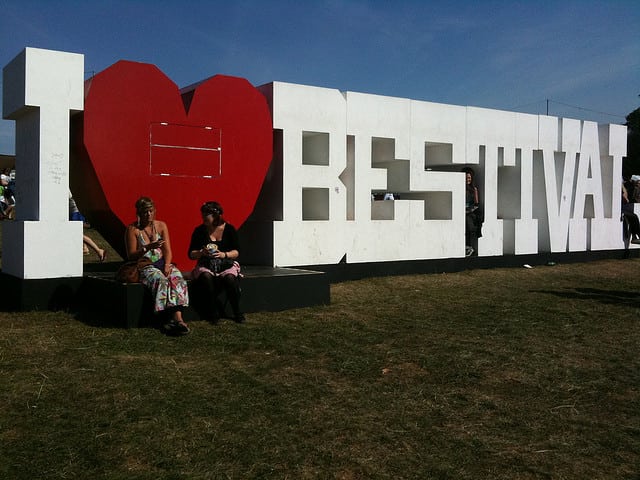 On September 4th, 55000 people descended upon Robin Hill Park on the Isle of Wight for Bestival. Now in its eleventh year, Bestival has become a firm fixture on the festival circuit and signals the culmination of festival season every year with its early September billing. A favourite with artists and revellers alike, I made the trip eager to see if it could eclipse the giddy heights of last year.

On Thursday Glasgow stalwarts Numbers were on curation duties at the RBMA stage, the highlight of the evening being Spencer b2b Optimo. They outshone headliners and  party machines Can U Dance (comprised of Jackmaster and Oneman)—no mean feat considering the range of hands-in-the-air anthems the Can U Dance boys drew for and their pedigree within UK dance music. Spencer and Optimo drew for a more 4/4 selection including Floorplan’s ‘Never Grow Old’, Black Cock’s ‘Juicy Sushi’ and culminating in AOL’s remix of Omar S’ ‘SEX’, all of which had the crowd moving relentlessly.

Friday saw the opening of all areas of the festival site and mid-afternoon on the small but perfect Aperol Spritz Social played host to one of the most pleasant surprises of the festival: a Plastician 80s set. A very large aside from his usual bass-driven sets he weaved through every classic imaginable, causing monster sing-a-longs to Madonna, Fleetwood Mac and Siedah Garrett as the crowd soaked in the sunshine and drinks. Friday night there was only one place to be and that was the main stage for Outkast. With the stage filled to capacity and spilling out at the sides, the duo launched into ‘Bombs Over Baghdad’ and never looked back. Moving between classics that had every person present singing the words back at the stage (most notably ‘Ms. Jackson’ and ‘Roses’), all round giddiness at ‘Hey Ya’ and songs for the true fans including ‘Southernplayalisticadillacmuzik’ & UGK hit ‘International Players Anthem’.

Following the success of Outkast it was back to the RBMA stage to see the revered DJ Harvey. The long-time legend curated Friday’s line-up, culminating with himself in the headline slot. Thoughtfully snaking through disco, funk, soulful house and everything in between, Harvey provided a master class that rid the crowd of the usual head-nodding pretension found at many contemporary dance music events and had everyone grooving into the early hours.

Saturday was all about The Port; a 100ft boat containing a DJ booth that can only be described as a Funktion One powered weapon of dance music destruction. Paul Woolford was superb, providing his usual blend of house and techno including some Arman van Helden shaped pleasers for the huge crowd in ‘Spin Spin Sugar’ and his remix of ‘Sugar is Sweeter’. Following Paul Woolford was Green Velvet, another veteran who was occupying a very tough slot before queen of UK dance music Annie Mac filled the headline slot in her curated The Port line-up that night. His bigger-than-big-room house and techno set went down a treat though and definitely won the Chicago icon some new fans.

Sunday saw the culmination of the ‘Desert Island Disco’ theme Bestival had been following this year with arguably the biggest star in Disco music—Nile Rogers—leading Chic onto the main stage for the Sunday headline slot. All the expected Chic and Sister Sledge anthems were present and the set reached a perfect crescendo when they ended on an extended ‘Good Times’ as the world’s biggest disco ball (Guinness Book endorsed) rose from the perch it had occupied all weekend amid a sky of fireworks.

It’s not just the music that makes a festival though, it’s the bits on the side, and this is where Bestival excels itself. Epic food, art installations, special stages, the Ambient Forest and more all create the perfect atmosphere and environment. An example is the Disco Shed; something many stumbled upon in various states of inebriation over the weekend. An actual shed deep in the Ambient Forest which belted out disco classics to plant a smile on everyone’s face in the most unlikely of locations. Bestival is like a four day sanctuary from reality and this year’s sunshine definitely helped to make it the best one yet.