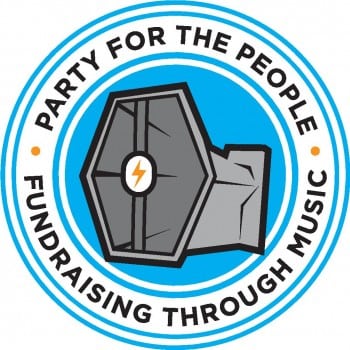 Feature: Party For The People

Party For The People is a social-enterprise born in Sheffield 2 years ago. The idea was to find a way to give back to the community and those in need through everyone’s favourite past time, partying. With humble beginnings in bucket raising and selling sweets on the dance floor the focus quickly shifted to ticket sales and Party For The People now operates a fully-fledged ticketing agency, donating a percentage of the booking fees from every ticket to charity. They also throw their own parties; all profit from which is donated to various good causes. Just last week they hosted Deep Space Orchestra at Soup Kitchen in Manchester’s Northern Quarter and alongside Gold Teeth brought Daniel Avery and Artwork to their own venue in Sheffield, raising £1,300 in the process!

Being the only not-for-profit ticketing organisation in the UK, PFTP offers a unique way to add an ethical dimension to music events at no extra cost to partygoers or promoters, a self-defined but accurate “revolutionary solution”. Knowing the debauchery of the night before had a positive impact on those who need it should go some way to soothing that hangover and as PFTP have no shareholders 100% of their net profits are reinvested into the charities and causes they support.

Since its inception PFTP and its “good times for good causes” movement has gained pace considerably, with partnerships with the likes of Warp, the O2 Academy, Sankeys and Tramlines, Farm and Gottwood festivals secured. In line with this growth has been the increasing number of charities they support, which includes the Leeds Little Livers Campaign and Sheffield Mind; as well as those with a more global focus such as Send A Cow and Oxfam. Hosting a room at Pangaea’s ‘Rumble in the Jungle’ Festival, alongside Manchester based parties Hi Ku and Groove Kitchen, they also raised £150 for UoM’s RAG society. Go here for more information on these charities and their aims.

Last year sponsorship from the National Lottery allowed PFTP to begin a project titled The Night Kitchen. Redeveloping the location of the former nightclub Dirty Little Secret alongside CADS (Creative Arts Development Space), another Sheffield based non-profit, , they turned the space into a creative hub for the city and a location for some of the best parties in town with a décor inspired by Maurice Sendak’s ‘Where The Wild Things Are’. The space is also home to a 12 month programme of workshops with the aim of providing young people of socially excluded backgrounds the opportunity to gain experience in artistic pursuits, including creative set design, event production, digital arts and more.

Watch a video of this process below:

Party For The People are always looking for enthusiastic individuals to join their cause and have many opportunities to offer, including paid and volunteer positions in journalism, blogging, web design, graphic design, event production, promotion and more. If it sounds up your street then get in contact via their website here.

And to find out what’s going on in the city and to plan that next night out with a clear conscience go here.

Tags: charity, Clubbing, Manchester, not for profit, party for the people, Sheffield, tickets