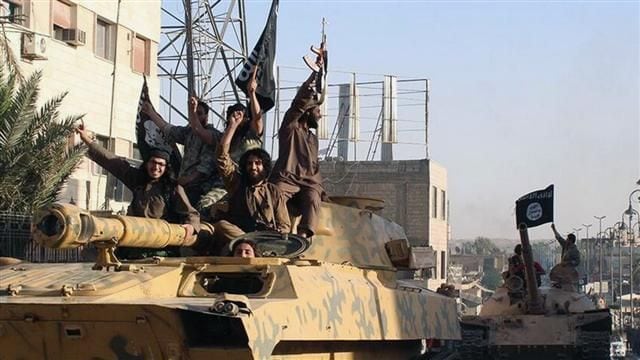 NUS refuse to condemn ISIS on grounds of “Islamophobia”

The National Union of Students (NUS), who in the past have condemned UKIP and Robin Thicke and voted to boycott Israel (all considered highly controversial moves), will not condemn Islamic State (IS), as they consider it would be “Islamophobic” to do so.

The rejected motion, ‘Iraqi Solidarity’, proposed to “campaign in solidarity with the Iraqi people and in particular support the hard-pressed students’, workers’ and women’s organisations [fighting] against all the competing nationalist and religious-right forces.”

They also planned to encourage students to boycott anyone found to be funding IS or supplying them with goods, while in turn making contact with Iraqi and Kurdish organisations in order to form solidarity and support.

According to a recent report from the United Nations Human Rights Council, IS “routinely kills Muslims and non-Muslims alike even when they have not taken up arms against ISIS. Such killings constitute violations of Islamic law and morality as well as war crimes.”

In the proposal put forward to the NEC it was also outlined “that rape and other forms of sexual violence are being used as weapons against women in IS-occupied areas, while minorities are being ethnically cleansed.”

In the face of all of this, however, the NUS still refuse to condemn this terror group and, consequently, to support the Kurdish and Iraqi forces fighting against it. At NUS Scotland, the motion was passed unanimously.

This is all comes very soon after the NEC decided to pass a motion to boycott Israel, which many argued at the time could create the alienation of Israeli students.

Despite this controversial move, their reasoning for not condemning IS was that, as a spokesperson for the NUS outlined in a statement, “some committee members felt that the wording of the motion being presented would unfairly demonise all Muslims rather than solely the group of people it set out to rightfully condemn.”

The NUS, whilst arguing the motion was “Islamophobic”, also opposed the proposal on the grounds of it being pro-American military intervention.

Malia Bouattia, the NUS Black Students’ Officer who opposed the proposal, wrote in a Facebook post last week that “we stand in complete solidarity with the Kurdish people against the recent attacks by ISIS and join many others in condemnation of their brutal actions. In doing so we recognise that condemnation of ISIS appears to have become a justification for war and blatant Islamaphobia. This rhetoric exacerbates the issue at hand and in essence is a further attack on those we aim to defend.”

She added: “A motion will be taken to the next NUS National Executive which truly reflects the situation. This motion will pose a condemnation of the politics and methods of ISIS as well as unequivocal support for the Kurdish people. It will in no way pander to Western imperialistic intervention or the demonisation of Muslim peoples.”

Aaron Kiely, a member of the NEC, wrote for Stop the War Coalitions’ website arguing that “there has been a smear campaign in the media accusing the anti-war movement of supporting the barbaric terrorist group ISIS.”

Kiely argued his anti-war stance by highlighting that “the current US bombing campaign of Iraq and Syria will not defeat ISIS. The way to defeat ISIS is not by using the methods which led to its creation.”

However in the motion put forward, while it outlines the proposal to condemn IS, it proposes to do so “while expressing no confidence or trust in the US military action.”

In a statement to The Mancunion he said, “The NEC voted the motion down due to an overall feeling that the motion currently had pro-intervention rhetoric—which nobody wanted.

“I absolutely support Malia’s concerns, and she agreed to bring something back to the next meeting. I find it completely inappropriate and concerning how since this has happened it has been claimed that identity politics has a “stranglehold” on the NEC.

“Of course those who are voted to represent groups of students should voice their concerns—it is their duty. Malia has since received multiple threats and abuse, including from the fascist EDL, which goes to show her concerns were absolutely valid.”

However Roza Salih, co-writer of the motion and NUS Scotland’s International Students’ Officer, speaking to Solidarity, said, “the people who opposed the motion are now saying they support the Kurds, which is good, but actions speak louder than words. It seems that they are more focussed on opposing intervention than making solidarity.”