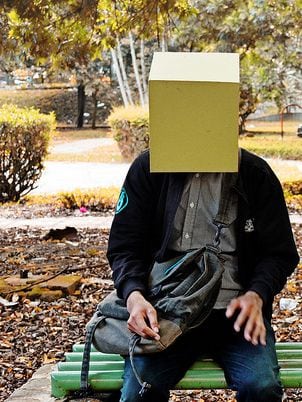 Feminism is misandry, and it's exacerbating the situation according to Swayne O'Pie. Photo: morningshadow @Flickr

Men, especially young men, are bad people. We are constantly being told how crass, sexist and misogynist male behaviour is. But if this is true, what has made men behave like this? I suggest to you that it is the anti-male cultural milieu that feminism has created since the 1980s in all areas of society.

If the rhetoric routinely thrown at men were directed at any of our ‘minority’ victim groups—women, black people, ethnic minorities, gays—British society would be condemned for its prejudice, bigotry and even persecution.

We teach children to be kind to one another, to be thoughtful and caring to other people, and then when they reach a certain age, the feminism fairy comes along and sprinkles boys and all things male with poo dust. This poo dust is the patriarchal perspective, the ‘good women/bad men script’ to which all areas of society now conform—our culture, schools, universities, the legal system, the media and the political system. It is well documented that this patriarchal perspective is taught in our schools and universities.

For three decades there has been widespread misandry in Britain, a widespread contempt for men and masculinity. Men are belittled and ridiculed in sitcoms and advertisements. Feminist comediennes and celebrities have license to constantly rubbish men.

The incidence of suicide is four times greater for men than women.

Nine out of ten homeless and those living rough are men.

The men’s health forum has found that eight times more money is spent on women’s than on men’s health.

There is no screening for male cancers.

When it comes to education boys are failing compared to girls and in real terms, fewer men than women are now entering university.

There is no anonymity for men who have only been accused of rape—the innocent having their lives destroyed by unjustified publicity.

Male victims of domestic violence, 40 per cent of all victims, are ignored.

70000 divorced fathers every year, regardless of their capability to care and provide, have difficulty seeing their own children—half lose complete contact.

Financial maintenance settlements are swingeing and unjust. Four out of five divorces are petitioned for by the wife.

Do a gender-switch on the above; if these discriminations were experienced by women would they be tolerated? If they are wrong for women then they are also wrong for men and boys. Anti-male prejudice, the ‘good women/bad men script’, is entrenched in our individual and collective mindset and has created cultural and institutional bias against men and masculinity. One that is never questioned.

At the same time young men are seeing their female contemporaries enjoying preferential treatment in the form of shortlists, tokenism, quotas, and fast-tracking. Every university has a student’s women’s officer yet a men’s officer is not permitted; women at London Metropolitan University are given a £19000 inducement to study engineering, male students are not. With such special privileges and policy-favouritism it is hardly surprising that young men become resentful. There hasn’t been one piece of specifically male-friendly legislation in living memory.

Misandry, demonizing and dehumanising men has devalued men’s worth compared to that of a women. Both men and women fail to see misandry as a problem. This is because sexism has been defined exclusively in terms of misogyny.

Nobody has been looking for sexism against men; we are so conditioned that we are blind to the daily examples of it in media reporting, on radio and television, in news programmes, in our schools and universities, and throughout policy-making, and if we do happen to notice it we are silenced by the fear of being labelled politically incorrect.

I suggest that the cultural and institutional misandry that has been experienced by men has been a driving force behind much of Britain’s present social ills. If men are told over and over again that they are society’s ‘bad people’ they are likely to say, “so be it.”

Ignoring men’s issues will inevitably lead to resentment. Our governments should consider the danger of this self-fulfilling prophecy; the more badly behaved young men are, the louder the sisterhood bellows how awful masculinity is—an upward spiral of constant blaming, shaming and crass behaviour.

Psychologists tell us that if we treat people badly, with contempt and distain, then they will react in kind. Social order—including in our universities—is not in good condition right now. If boys and men continue to be disrespected, discriminated against, demonised, told, and shown that they have little value and worth, disposable as husbands as father and as people, then it might be understandable if they respond by treating society—including women—in the same manner. They who spawn a squall shall conjure a whirlwind.

The patriarchal perspective has encouraged society to treat men and boys badly, so we should not be surprised that they morph into muscle-bound weaklings who seek solace in the hyper-masculine rituals of violence and aggression in our universities, with an ugly undercurrent of homophobia and misogyny.

Feminism’s creation of a widespread and deep-rooted misandry is rebounding against ordinary women. We ought to be educating young men and women to question this perspective, to rise up against this mutually destructive feminist culture and encouraging them to engage in genuine equality and respect between the sexes.

Doris Lessing said, “men seem so cowed they can’t fight back, and it’s time they did.” Men are fighting back, but their misguided target is society and ordinary women—not the political and cultural movement that created this unacceptable view of men and masculinity in the first place.

By appeasing feminism, and the grinding and constant bias that its perspective promotes, Britain has encouraged a stroppy male slouch towards Gommorah.

Swayne O’Pie is the author of ‘Why Britain Hates Men – Exposing Feminism’ and is available for lectures and debates. E-mail him at [email protected].