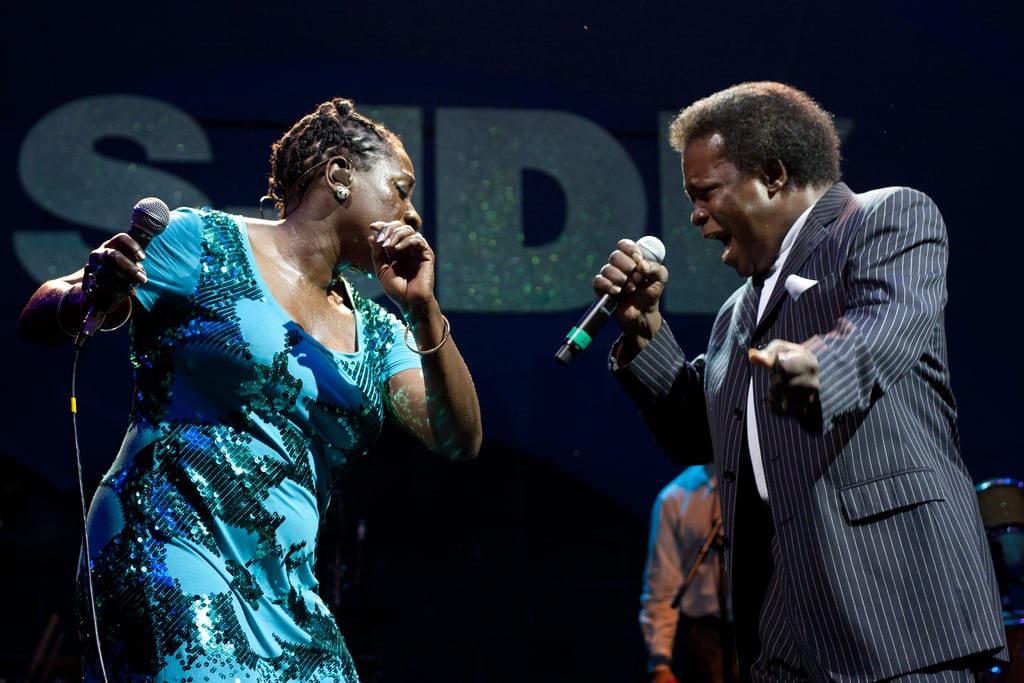 To experiment a little, I went to Sharon Jones and The Dap Kings not knowing what to expect. That means having not listened to any of this soul superstar’s back catalogue on Spotify. Well, no expectations wouldn’t be entirely true. I knew that Sharon Jones was signed with Daptone Records, a funk and soul label from New York that has a knack for producing soul legends. In fact this night should really have been a double headline spot, with fellow Daptone member Lee Felvus and his support band The Expressions taking to the stage prior to Sharon Jones. Lee Felvus proved to be phenomenal support, pouring so much heart and passion into songs like ‘Faithful Man’ and ‘Wish You Were Here’ that you could almost forget that this man is 64.

With anticipation running high, The Dap-Kings and backing singers, sans Sharon Jones, took to the stage. The band deserve real credit, for they are all extremely talented musicians in themselves. Throughout the set they bounce from song to song by simply exchanging nods with each other.

Sharon Jones emerges onto the stage after two songs, and proceeded to play a set that nearly blew the roof off the Albert Hall. Her incredible vocals raised serious questions, like how her vocal chords are still perfectly intact after a lifetime of playing gigs and touring. Her set of soul scorchers, combined with the booming backing brass sections of the Dap Kings made it impossible not to get swept up in the wave of euphoria she radiated. Later in the set, Sharon described her bitter battles with cancer, chemotherapy and surgery. Yet here was a woman who shook off her shoes in order to dance the funky chicken, and more, around the stage and into our hearts. If this performance didn’t have soul, I don’t know what does.