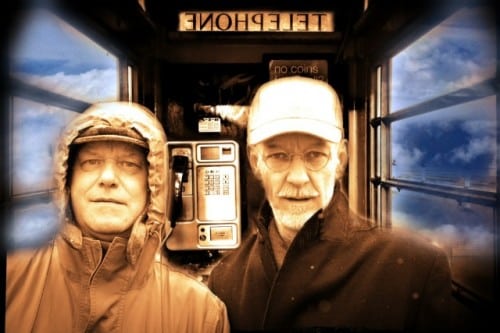 As I stepped into the Academy 2 it felt like I had been transported back to the Hacienda days. I am greeted almost immediately by a man wearing a colourful T-shirt with a giant smiley face on, clearly off his head on pills, and dancing like a toddler who has had too much sugar.  This only foregrounded what the rest of the night would be like: hedonistic, nostalgic and mesmerising.

The first set of note was Orb in Dub, presented by Alex Peterson. Mixing a combination of modern dubstep and ambient house, it was obvious that Peterson’s musical talents had not withered away in the depths of time as the sound felt modern and fresh.

A very rare and special performance followed when Edinburgh outfit Fini Tribe entertained the crowd with a one-hour set. It was the first time they had played Manchester for 19 years but they were not deterred by any pressures as they seamlessly delivered an eclectic mix of genres ranging from hip-hop to acid house to techno packing a range of mildly philosophical and ambiguous samples.

They would prove to be the perfect pre-requisite for The Orb who eventually arrived on stage at 2am to a packed audience. Performing in front of a giant projector, their set proved to be euphoric—intense but enthralling. The visuals were probably the best I have ever seen, at least rivalling and maybe even surpassing those of the Chemical Brothers.

Their set initially consisted of some of their better-known hits but this all changed at around 3:15am when they turned it up a notch projecting some surreal avant-garde animation whilst delving deeper into the experimental. This proved a polemical move, as the crowd visibly grew thinner, although this could be down to the fact that it was almost 4 in the morning. For me, though, I left when the room was once again sent back to a harsh and brightly lit reality. I had witnessed something truly unique that night and I left with a great feeling of awe and gratitude.