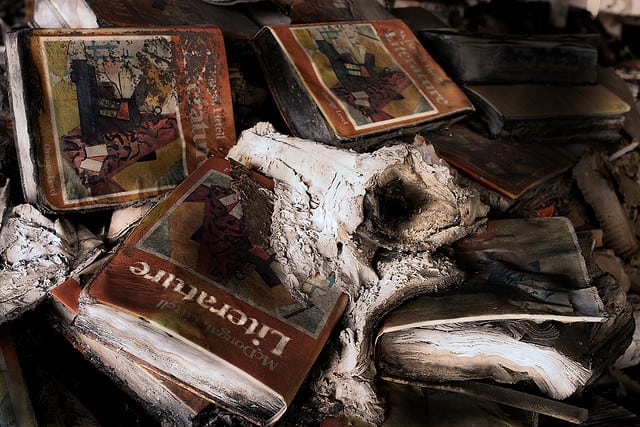 It’s a truth universally acknowledged that some authors are nearly immune to criticism.

Take a cursory glance at the literary reception to Austen and you wouldn’t be far off in mistaking her for a deity. Dickens is a messianic figure in the grim world of Victorian England. And Shakespeare? I don’t think I even need to come up with a comparison for him, as his name alone holds such gravitas in literary tradition that invoking it shakes the very core of our language.

But there must be a reason that these authors and poets have left such an impression on our language.

Personally, I’m not sure there is a justifiable reason; at least not one that doesn’t leave out glaring exceptions. In Shakespeare’s case, the reputation is due; so much of our modern vernacular comes from his pen it is impossible not to be enamoured by him. Even if it seems all Greek to start with, the long and the short of it is that most of this sentence comes straight from the Bard. But that is just one example.

Maria Edgeworth is a name that few are familiar with. Not only did this contemporary of Jane Austen lay the foundations of the realism movement, she also had opinions on politics, education, and economics that influenced the entire 19th century.

Edgeworth published articles aimed at women, encouraging their involvement in literature and education. Her novels were characterized by sharp wit and a satire of the landed gentry just like Austen’s. She wrote one of the first sympathetic portrayals of Jewish people and culture in the English language. She had a huge impact on the literary and cultural landscape of her native England and Ireland and fought against the social conventions of the time.

Now, I have no issue with those who praise Jane Austen—my personal dislike of her novels is not important (I have no particular love for Edgeworth’s either)—but it seems insane that while Austen is considered a pillar of literature, her equally talented contemporaries are forgotten by the canon.

Similarly, Milton and Shakespeare are both famous for a great collection of sonnets (though both, it must be added, far more famous for other works). Edmund Spenser’s tale, however, is similar to that of Edgeworth’s. His poetry holds a great deal of importance in literary tradition—his works include one of the most significant epics in the English language, and he popularized an entire form of sonnet.

Not, perhaps, something that influences us four hundred years later but, then, little of what Milton did survives into the collective mind of the modern world. Sure, the word “pandemonium” is Milton’s, but it’s not exactly a commonly used phrase: more commonly seen is the idiom “rhyme and reason.” That particular phrase is one of Spenser’s.

Seamus Heaney won a Nobel Prize for his contributions to the literary landscape. Eavan Bowland, another Irish Poet of great importance, is virtually unheard of outside of a literature degree.

I hope you’re beginning to see my point: the idea of a Classical novel is entirely arbitrary. It’s a forced conjecture, and it’s robbing the world of a huge portion of its literary history. I’m not saying the texts I’ve studied so far in my educational career are not significant or worthy of appraisal—Steinbeck, Conrad, Joyce, and Beowulf are all important for those interested in the development of language and culture in the English tradition. But for the layman, the over-saturation of certain texts is killing literature.

So many lists of top 10 books to read before you’re an arbitrary age repeat the same novels. Over and over again. Society has created a cocoon around some of the greats. I am not here to belittle the masterpieces of English with my subjective opinions but I believe that we should take a serious look at what we rate our literature for. In this world of instant streaming and cheap entertainment, a fresh approach is long overdue.