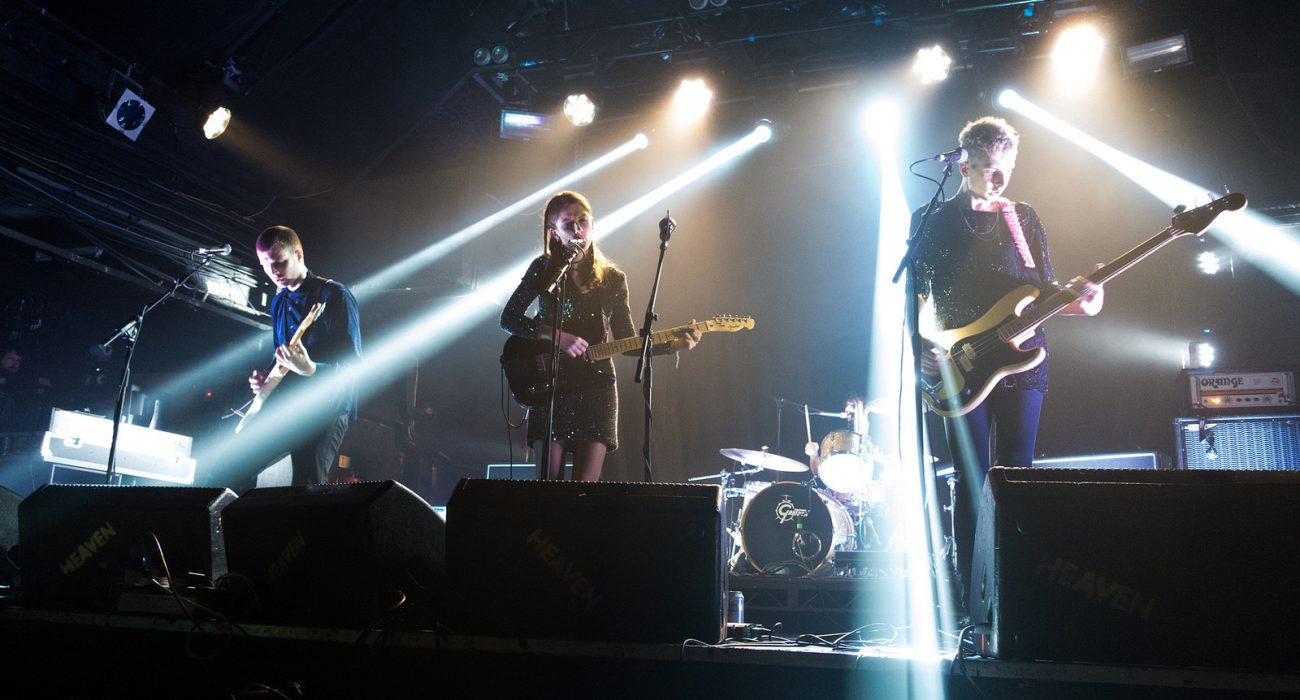 Wolf Alice are a London-based foursome whose catchy take on grunge and punk has earned them recent acclaim. A much-lauded Glastonbury set and the popularity of last year’s EP Blush have seen the band shoot to Tumblr fame. This was the penultimate date in a hectically busy summer dotted with gigs and festivals, from Glastonbury to Melt.

The cave-like space of Club Academy sets the scene for the grungy gig, and it packs out quickly with sweaty, excited students. Any suspicions that the group may be tired after their taxing summer schedule are blown away as they start strong with heavy opening number ‘Storms’; a few minutes into the gig and the audience is screaming “your friends!” along with lead singer Ellie Roswell, and the tone is set sublimely.

They have clearly identified the hyped audience and play a riff-ridden set to match the fevered mood, with brilliant versions of their heavier songs; ‘Moaning Lisa Smile’, ‘She’ and ‘Turn To Dust’. They barely stop for a breath of air until a slow, thoughtful take on ‘Leaving You’. Roswell’s beautiful vocals are even more poignant live, juxtaposed with the crashing guitars and excited screaming of fans.

The band perfectly encompass the spirit of good, old fashioned pop, they play a perfectly judged live show and take themselves just the right level of seriously, joking with the audience between melancholic lyrics. The whole performance is a treat, right down to the encore of fan favourites ‘Blush’ and ‘Fluffy’.