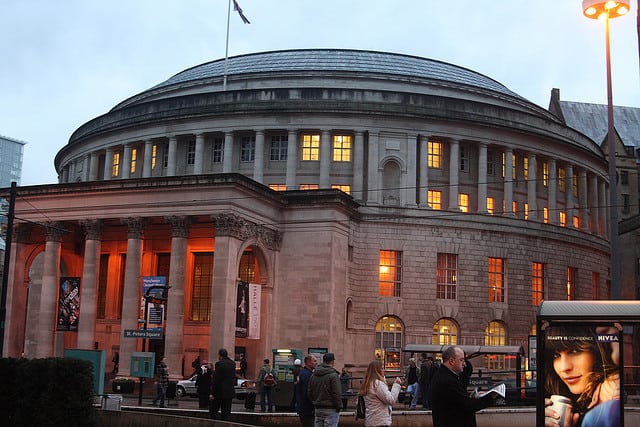 When you think of a libraey, there are multiple things that come to mind and it goes without saying that chaos certainly would not be one of them. As the name Chaos to Order suggests this event unleashed a pandemonium on Manchester’s Central Library.

The Ivor Novello Award winning art rock band Everything Everything took over the Library from the 10th of November working alongside a range of different artists and creative people, in a week that challenged the general perception of libraries today.

It was a time to truly test the limits of the possibilities of the 21st century library as a centre for academia alone. However this radical sense of disorder seems only fitting in amongst Manchester’s history of radicalization and innovation. The Central Library was a fitting and generous arena for the residency of Library Live, as the events drew inspiration from its stunning architecture and special collections.

They wanted to change the perception of the dying libraries from a place that holds dusty books in concealed aisles to somewhere vibrant and exciting. The point that is at hand is that as times are moving on so are libraries and academia. If you have been to Manchester’s Central Library since it’s re-opening you will know exactly what they are jesting at. It even has a music room under its belt! That’s a culture smash if there ever was one.